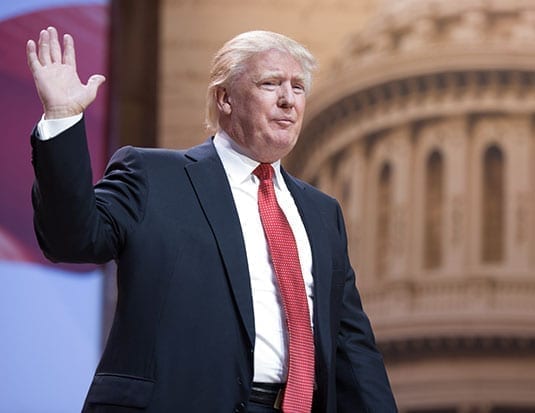 U.S. tariffs on Mexican goods would have affected the Canadian auto sector.

On May 31st, new tariff threats came out of the White House, aiming to tax all goods coming from Mexico, into the U.S., by 5% starting June 10 and escalating 5% per month up to a maximum of 25%. By June 7th, this threat in the midst of NAFTA ratification talks had been squelched.

The impetus for this latest shot across the bow at Mexico is related not to trade, but to immigration issues at the southern border. Fix the border problem or face a universal tariff. That was the message.

On the surface, this may seem like a bi-lateral trade spat between the U.S. and Mexico. Don’t be fooled, Canada would be right in the middle, and the auto industry is perhaps the sector with the most to lose.

First off, the three players in NAFTA, Mexico, the U.S., and Canada are (or were) well on the way to finalizing an updated free-trade agreement being called USMCA. In public, while this threat was still fresh, Mexico and Canada suggested that nothing had changed and they will continue to move along towards ratification as early as this summer.

But could Mexico have really ratified a trade agreement with a partner who had threatened significant tariffs, contrary to the spirit of free trade and so late in the game? And if they couldn’t, it only seems logical that Canada would have to wait until this problem is resolved and therefore still not have a renegotiated trade contract with their largest trading partner.

The industry that is most integral to the need for a new tri-lateral trade agreement is surely the auto industry. Since the formation of NAFTA in 1993, the industry has become increasingly interwoven between all three countries with manufacturing and sales of materials, parts/components and finished products happening on a large scale in all three countries.

Under a tariffed environment, it is foreseeable that companies could be on the hook for tariffs multiple times along the supply chain for a single vehicle. This would create significant uncertainty in the industry, leading to instability for OEM plans, and pricing for new and used vehicles. It would have been a substantial blow to a global industry that is currently sluggish and down 8% this year.

To put this all into perspective, according to a Deutche Bank estimate, a 25% tariff would cost GM $6.3 billion, FCA $4.8 billion, and Ford $3.3 billion. This type of assessment had investors cringing, not to mention that this latest tariff threat was coming off the heels of the latest round of taxes on Canadian and Mexican steel and aluminium that just finished costing GM and Ford $1 billion and FCA $500 million. These types of losses are not sustainable.

Tariff costs would ultimately be passed on to consumers in more than one way. First is that the prices of new vehicles in the U.S. will rise, resulting in a massive hit to demand, especially if this goes to 25%. Second, given the loss of demand and added cost for OEMs, will likely be the loss of jobs which consumers need in order to afford such items as vehicles. Many see this type of trade policy in North America as the potential trigger for recession.

For the Canadian market, the potential effects are more complex. For example, if there are parts made in the U.S. with subcomponents from Mexico and then shipped to Canada for assembly, it would affect costs and prices of products produced here.

Prices for used cars in Canada would experience instability for certain Mexican-produced models. The assumption is that the U.S. would also tax used products (made in Mexico) coming from Canada in the same way new products would be taxed coming directly from Mexico. Canadian used wholesale prices for Mexican-produced vehicles would fall initially; with the potential to rally back should demand in the U.S. for used units of affected vehicles increase.

Tariffs of this sort would hurt the entire industry, however, certain OEMs stand to feel more pain. First to mind is BMW, which just opened a brand new plant in Mexico in June, to build the 3 Series.

All the majors have either assembly plants or parts providers in Mexico, but those with truck and SUV production in Mexico would be hit hardest, given the popularity of those vehicles in North America. GM produces the Sierra, Silverado, Equinox and Terrain, some of their most popular and profitable models, while FCA makes the full lineup of RAM products in Mexico. Ford, on the other hand, assembles the Focus and Fiesta in Mexico, which risks much less to the company versus if it were to produce the F-150 there, which is a huge seller. Nissan, VW, and Toyota all have major investments in Mexico, with much of the product being sold in the U.S., and would stand to lose as well.

Moving production to the U.S.

Aside from the immigration issue, which the White House was trying to remedy through this latest tariff assault, we know that another goal would be to move production back to the U.S. With the massive scale of capital investment by the OEMs into Mexico and the subsequent cost to up and move, it really seems unrealistic to have some mass exodus from Mexico to the U.S. of these billion dollar sprawling facilities.

In these wars of trade and tariffs, there can be no winner. Too many, including the likes of Canada, who seem like outsiders looking in, get caught in the middle and suffer as well. We are glad that calmer heads did prevail in the White House and these threats were lifted. Now, let us move forward and get our new free-trade deal done and do our best to keep the auto industry in North America moving at the record pace it has been over the past few years.