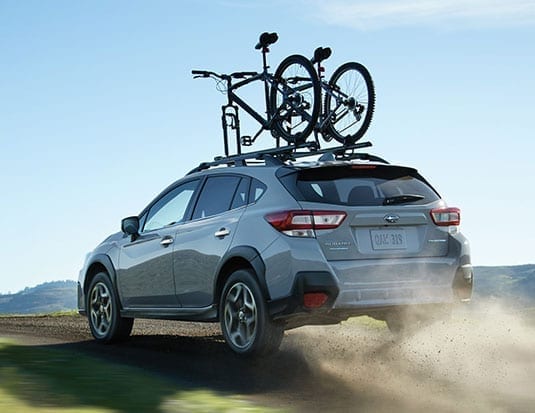 Subaru Canada announced that it would become the official automotive partner of the inaugural Sea Otter Canada cycling festival, which is set to take place July 4-7, 2019 at Ontario’s Blu Mountain Resort, just north of Toronto.

The festival will feature nine separate racing and riding events across a wide range of dirt and road categories. Afterward, there will be an expo featuring 100 cycling brands, bike demos, entertainment, craft breweries, and food vendors.

“Cycling has long been synonymous with the Subaru brand,” said Geoff Craig, SCI’s Central Region Director. “Events like Sea Otter Canada are an excellent way to showcase that synergy and connect with Subaru fans doing what they love.”

Sea Otter Canada is now the third global cycling festival of its kind, alongside the original Sea Otter Classic that is held each year in California, and the Sea Otter Europe, which is entering its third year.

“We are proud to partner with Subaru Canada,” said Jesper Wahlberg, Partner, Sea Otter Canada. “Subaru has a long history of supporting endurance sports and endurance athletes in Canada, especially in the triathlon space, so we are thrilled to have Subaru onboard as a valuable partner in the first-ever Sea Otter Canada festival.”