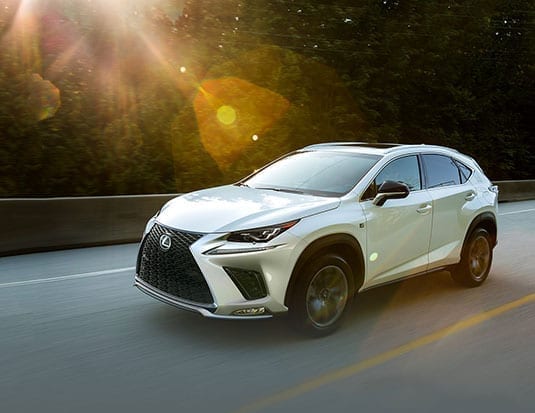 “Building on our recent Toyota RAV4 announcement and our recent facility modernization investments, we are excited to announce that TMMC has been selected to produce the popular Lexus NX and Lexus NX Hybrid models for the entire North American market,” said TMMC President Fred Volf.

TMMC became Toyota’s first facility to produce Lexus vehicles outside of Japan in 2003 and has since made more than 1.3 million Lexus RX and Lexus RX Hybrid vehicles. This will be the first time that the Lexus NX and NX Hybrid sport utility vehicles will be produced outside of Japan.

“Together with the company’s recent investments in our facilities, today’s announcement demonstrates the tremendous amount of trust that Toyota has in the Team Members here at TMMC,” Volf added.  “It has been an honour to be producing a Lexus model, and now we’re being trusted to produce two of them.”

In May 2018, TMMC announced supporting funds of up to CDN $1.4 billion from both federal and provincial governments, converting its Cambridge and Woodstock plants to the company’s Toyota New Global Architecture (TNGA) platform to allow for increased flexibility, further production efficiency, and superior products. The investment allowed TMMC to meet the rising demands of the compact SUV market in North America, now producing over 500,000 vehicles annually. This new mandate reaffirms the company’s long-term commitment to Canada with a significant investment worth hundreds of millions of dollars.

“Our operations and Team Members in Canada have won multiple international awards for plant quality and continue to play an important role within Toyota’s global production strategy,” said Jim Lentz, Chief Executive Officer for Toyota Motor North America.  “As the compact luxury SUV market continues to grow, building the NX in North America allows us to better serve our customers and dealers.”

Toyota’s investment will support more than 8,000 jobs and 1,000 co-op placements in Southwestern Ontario. The company will also invest $200 million over ten years to support research and development in Canada.

Dignitaries including the Right Honourable Justin Trudeau, Prime Minister of Canada and the Honourable Christine Elliot, Deputy Premier of Ontario and Ontario Minister of Health and Long-Term Care attended the event as well.

Trudeau welcomes Toyota Motor Corporation’s decision to bring production of the SUVs to the Cambridge plant, saying, “Today is a great day for Toyota, for Cambridge, and for Canada. Canadian auto workers are among the world’s best, and they have the skills and know-how to design and build cars that meet the needs of people today and tomorrow. Toyota’s new commitment to its Cambridge facility is a vote of confidence in our auto sector and will help Canada lead in the new high-tech economy of the future.”

The Government of Canada is also promoting Canadian industry and talent on the world stage, by growing the economy and creating better opportunities for Canadian workers and businesses.