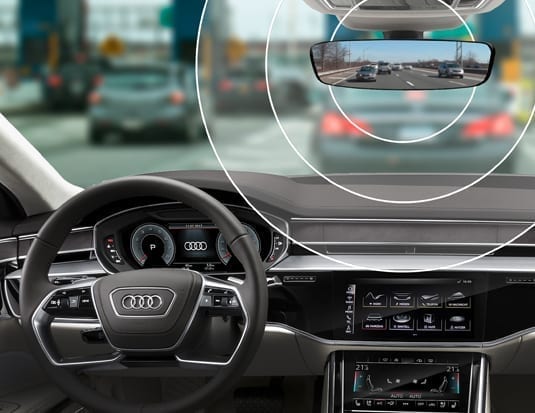 Audi’s nationwide advertising campaign entitled, “Not For You”, debunks perceived consumer barriers and reservations of electric vehicle adoption in the U.S.

“As part of our commitment to electrification, we’ve recognized the need for more consumer education on what it really means to ‘go electric,’” said Loren Angelo, vice president of Marketing, Audi of America. “Our goal with ‘Not For You’—and ads like this year’s Super Bowl spot ‘Cashew‘—is to ensure consumers have a better understanding of electric vehicles and debunk some longstanding myths about EV ownership.”

The range is one of the most anxiety-inducing factors about electric vehicles. In fact, because it’s considered such a big issue that the ad campaign features an additional online educational video called “Range Tranquility” that shows how Audi is working to overcome consumer range anxiety.

The EPA-estimated range of the Audi e-tron is 328 km. It also comes with a detailed range map in the vehicles MMI Navigation system as a way to help consumers feel more at ease.

Another factor that consumers often consider when switching over to electric vehicles is the availability of charging infrastructures, whether at home, at work or on the road.

According to the U.S Department of energy, over 80% of charging is done in residential areas, and over time the percentage will increase. Audi has addressed this as well by making home-charging installation simpler with Amazon Home Services, which is backed by Amazon’s Happiness Guarantee.

As for on-the-go-charging, 98% of all single-trip journeys in the U.S. are under 80km. For the 2% of trips that are over 80 km, Electrify America is expected to deploy nearly 2,000 chargers across 500 fast charging sites throughout 42 states and within 17 metropolitan areas by the end of 2019. Audi e-tron owners will be able to charge their vehicles for 3,218 km of range with 1000 kWh, at no additional cost for the use of Electrify America’s fast-charging stations within the first four years of ownership. The vehicle’s battery can also be charged at 150 kilowatts at high-speed public chargers – resulting in almost 262 km of range in 30 minutes or 86 km of range in 10 minutes.

The Audi e-tron proves otherwise. Due to its low-positions battery and dual motors set on the front and rear axle, power is distributed efficiently, providing enough torque to push the car from 0-96 kph in 5.5 seconds with Boost Mode engaged.

The e-tron also makes use of intelligent technology under extreme temperatures. As colder temperatures often deplete EV battery life at a faster rate, the intelligent thermal management system of the Audi e-tron helps ensure that the battery is kept within optimal efficiency and performance range of 25-35 degree Celsius.

Audi anticipates that one-third of all new U.S. Audi models will be electrified by 2025, with 2019 Audi e-tron deliveries to U.S. reservation holders expected to begin in May.