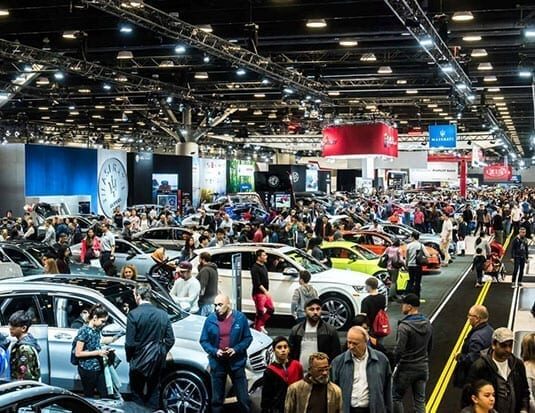 From March 19 to 24, the event was held at the Vancouver Convention Centre and showcased over 400 new cars, from carmakers like GM, Toyota, Ford, Honda, BMW and more. Sports cars like Ferrari, Lamborghini, Porsche, and Alpha Romeo were also introduced at the show.

Some of the cars that debuted are the McLaren Senna, the Hoonicorn heavily modified notchback Mustang, the 2020 Toyota Supra, and the 2020 Jeep gladiator. This year’s featured automobile was the Felino cB7R, designed by the Canadian racing driver, Antoine Bessette. That specific car delivers 300km/h of maximum speed and an acceleration of 0 to 100km/h in 2.9 seconds. Only ten cars have been produced.

There was also an event called Driven Project with Kevin Gordon, where he partnered with the Children’s Wish Foundation and provided a free supercar experience to sick kids–using his new Lamborghini Huracan Performante–to raise funds for the foundation.

Attendees were able to participate in five different contests with possibilities to win anything between Auto Show swag giveaways to a chance to win the new Chevrolet Bolt EV.

For a complete overview of the show, click here.