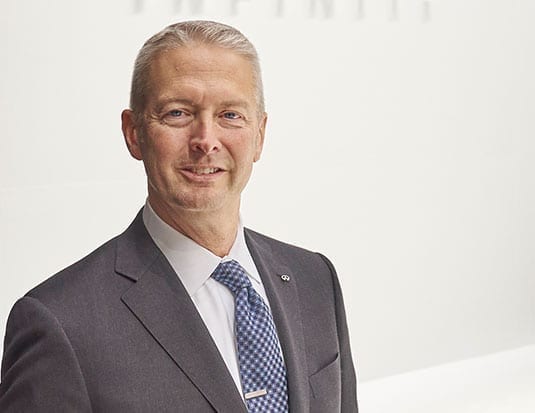 Mike Colleran’s new role will require him to be responsible for all marketing and sales operations for INFINITI globally while being based at INFINITI’s headquarters in Hong Kong. He will be reporting directly to Christian Meunier, Chairman and Global President of INFINITI.

Colleran gained a lot of leadership experience in former high-positions involving marketing and sales. Currently, he is the Group Vice President at INFINITI Americas.  Previously, he worked as the Vice President, Nissan Northeast Region, where he was responsible for regional sales and marketing, incentive spending, distribution, dealer network development, financial controls, and dealer and customer satisfaction. He has also worked as Regional Vice President, Nissan Canada and was responsible for Nissan’s dealer network operations across the Canadian market.

Before working with Nissan North American in 2011, Colleran was President and Chief Operation Officer of SAAB Cars North America and worked in marketing and sales at General Motors, including Cadillac.

Colleran has a Bachelor’s degree from California Lutheran University and a Master’s degree in Business Administration from Marymount University. He also served in the United States Marine Corps for eight years, obtaining the rank of Captain.