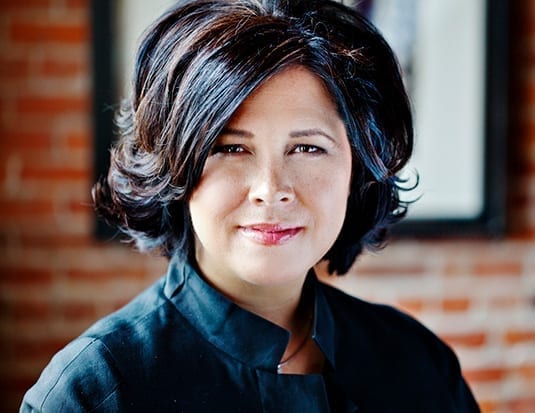 Looking at the future to build cars today.

All automakers wish they had a crystal ball, but in the meantime, they have to depend on research to determine what consumers will want in the future. At Ford’s headquarters in Dearborn, that’s the role for Sheryl Connelly, who is the company’s corporate futurist.

For the past seven years, Ford has released its annual Looking Further with Ford Trends Report, which for 2019 includes such insights as a consumer belief that fear drives change; that most agree technology is the biggest driver of today’s change and that most believe it’s a “force for good;” and that almost half of the people globally envy those who can disconnect from their devices. The company says the report is “a blueprint” to understand how key patterns of consumer behaviour are expected to influence consumers and corporations.

“Futurism is not a new exercise,” Connelly says. “It takes up to three years to take an idea and bring it to the marketplace, so inside the company, people are constantly challenged about what we can plan and build today that will still be relevant. And add that the average age (of vehicles on the road) is 10 or 11 years, so everyone has to think about the future.”

A better mood this year

The 2019 report is fairly upbeat, in contrast to that of the previous year. “In 2018, the edition felt different. People were very dark about the future. I think they were polarized due to the (U.S.) presidential election, the EU, concerns about the stock market in China, and Brazil continuing its economic decline. Two-thirds of the 9,000 people we spoke to last year said they were overwhelmed, but three-quarters still believed in their ability as individuals to make a change. That gave us the idea for 2019, which focuses on change.”

For 2019, Ford has recognized seven trends: the Tech Divide (an underlying tension between those who have access to technology and those who do not); Digital Detox (many are alarmed by how much time they spend on their devices and appreciate do-not-disturb options when phones are connected to their vehicles); Reclaiming Control (consumers want to reclaim their lives, which Ford is using to help shape its self-driving technologies); Many Faces of Me (vehicles being a reflection of their owners); Life’s Work (people want to do more than just work, and Ford has programs allowing younger workers to take paid time away to connect with philanthropic organizations); Eco-Momentum (including electric vehicles); and Easy Street (mobility journeys and the adoption of self-driving vehicles).

Some of these trends are longer-range than others, but they’re all essential to shaping not just the vehicles themselves, but how the company looks at itself, Connelly says. “Our new CEO, Jim Hackett, has set for a strong vision for the company to become the world’s most trusted company. He believes we can do this by creating ‘smart’ vehicles for a smart world. Right now, the auto industry is in a transformative movement, so we’re not just a producer of automobiles, but a company that moves people. We have computer companies, we have shuttle services in parts of the U.S. such as San Francisco, and we’re partnering with cities to say, ‘What are the mobility services you need in your marketplace, and how do we deliver that?’ It’s improving the quality of life by offering mobility options.”

Another trend, which Connelly says is a little more intangible but still essential, is what she calls “ethical consumption,” where buyers want to know the values behind the products they’re buying. “How you source your materials, how you treat your companies and suppliers, is becoming more important. Four years ago, Ford put together a living wage clause with suppliers, and they must guarantee a living wage for the people who help bring the vehicle to market.”

Technology is naturally a huge part of examining the future, and features that were science fiction just a decade or two ago are now reality. Connelly’s research found that those who don’t understand artificial intelligence (AI) tend to fear it, “and we have to remember that we have to demystify the technology and appreciate the benefits.

“In 2019, the Ford Edge will have AI that can influence the drivetrain. It’s going to have sensors that can evaluate the drive conditions and these can be fed into software to determine to be in two- or four-wheel drive. It’ll be seamless and take out the mystery, so people have a better appreciation of how you benefit as the driver.”

Not all of these trends apply at the dealer level, of course, but Connelly’s research unearths some areas where retailers can better interact with consumers, such as thoroughly explaining new technologies and their benefits; outlining to drivers not just how they can connect their devices to their vehicles, but also how to disconnect from them when desired; and understanding how buyers look at vehicles as part of a total mobility package.

“Ironically, as a futurist, I have to remind people that no one predicts the future,” Connelly says. “But we can look at trends and social, environmental, and political arenas to better see the forces that will shape our focus.”