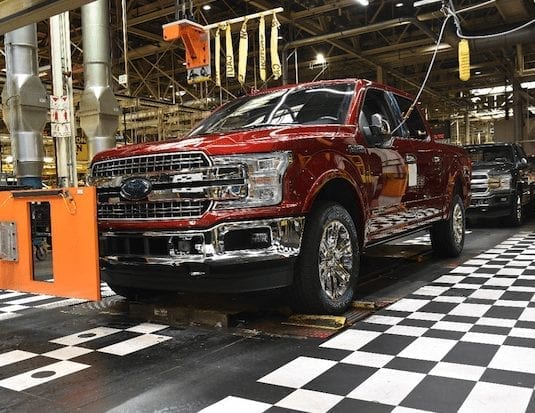 According to Scotiabank’s most recent Global Economics Auto New Flash, Detroit based automakers all saw declines during November, with General Motors, Ford, and Fiat-Chrysler posting year-over-year declines of 18.3, 10.7 and 35.1 percent respectively.

FCA’s November figures were the automakers steepest sales decline witnessed since 2008. Year-to-date, FCA volume is down 14.6 percent, versus a 0.5 percent decline for rival automakers.

David Adams, President of the Global Automakers of Canada (GAC), noted that, “despite an increase in consumer confidence of over two points in November [according to TradingEconomics.com] that has not translated into higher vehicle sales.”

Adams refered to the losses experienced by Detroit based automakers saying that, “anytime all three companies are down significantly the whole market will be down as well.”

He did note however that Toyota Canada set a November sales record and was third in overall sales volume for the month, and only about 500 units behind General Motors in second place.

Ford sold the most vehicles in Canada during November taking the sales lead from General Motors and retained its overall number one position in terms of year-to-date sales.

A lot of that volume continues to be driven by demand for the Ford F-Series, which remains Canada’s bestselling vehicle.

Adams said that members of Global Automakers of Canada, had “better-than-market results for the 11th straight month, with November sales declining slightly to 90,793 units (a decline of 1.5 percent).

Light trucks continued to take more market share in November, representing 73 percent of the market (up from 72 percent last month)

The members of the GAC held 63 percent market share this November (a five percent increase compared with the same period in 2017).