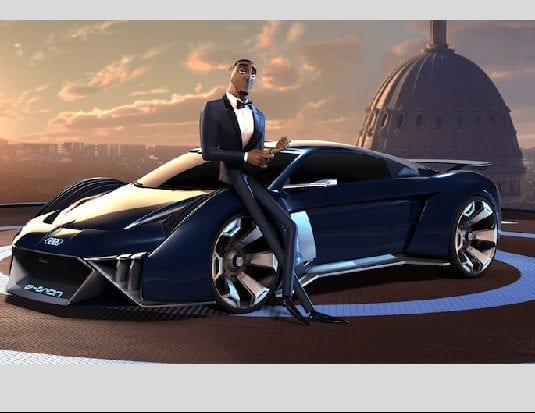 Audi Design has collaborated with Blue Sky Studios, to bring futuristic design and mobility to the big screen.

The virtual movie two-seater concept was conceived as a performance vehicle that enhances Lance Sterling’s abilities and features technology such as a hologram speedometer, fully automated driving mode and other Audi assistance systems, including “special features” designed for secret agents.

Spies in Disguise will be released in September 2019, but a sneak peek via an official trailer is available below.