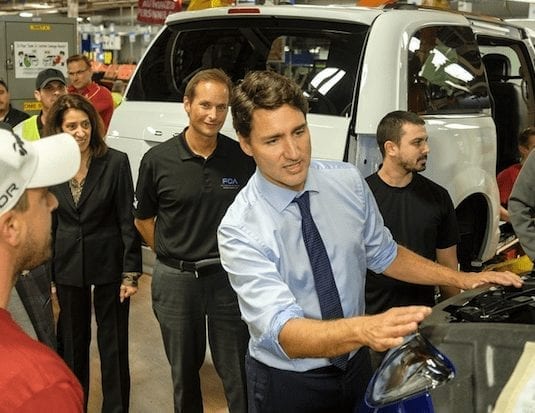 During his address in front of a crowd of assembly line workers and automotive industry representatives, the Prime Minister took time to thank the industry for its support during recent trade negotiations with the U.S.

“The key thing is always listening, learning, talking about how we’re going to build a better future and thinking about that future,” said Trudeau. He emphasized focusing on the long term and what the economy and employment opportunities look like not only for current workers but their children and grandchildren.

Although Trudeau didn’t discuss more details about the recent USMCA deal, he said that he looked forward to “coming back an awful lot,” to Windsor and how Canadians have overcome great challenges in the past and will continue to do so in the future.

Under the terms of the USMCA agreement, tariffs will not apply to Canadian vehicle and auto parts exports to the U.S. and there is currently no hard limit set regarding the level of exports.

That being said, the Trump administration has not ruled out the possibility of implementing global 232 tariffs, for which the Canadian exemption does not currently apply.