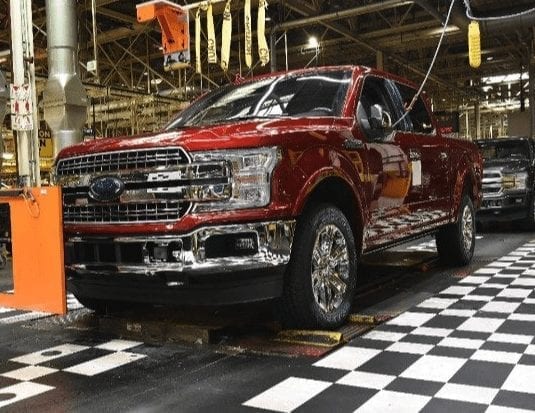 With an annualized 1.97 million vehicles sold on average during each month of Q3 2018, the result has been less than 2 million units (seasonally adjusted) for the first time since 2016.

According to Scotiabank, weakening consumer and business confidence toward the end of the summer is seen as an influential factor in lower vehicle sales volumes.

Other factors, including the possibility of rising interest rates over the coming months could also be behind the trend, as consumers scale back purchases, though at present, economic data hasn’t shown what the actual cause might be.

South of the border, U.S. vehicle sales saw an increase in September, with demand exceeding  17.36 million units (annualized), aided by strong incentives to allow dealers to clear out their remaining stock of 2018 models.

September’s sales figures follow on from two consecutive months of slightly under 17 million annualized units, but with an average of 16.9 million new cars and trucks sold in the third quarter, it marks the lowest total since Q2-2017 and a decrease from 17.1 and 17.2 million annualized sales during Q1 and Q2 this year.

Scotiabank forecasting expects sales declines to continue through the end of the year.

The Detroit Three automakers witnessed a sales decline of 7.5 percent year-over-year in September, although FCA sales surpassed those of Ford Motor Company for the first time since January 2016. Part of the reason citied, is FCA’s focus on its Jeep and RAM, brands, which are proving popular with consumers. General Motors remained the top seller overall among Detroit automakers. In terms of market segmentation, truck sales increased by 6.2 percent in September, while car sales declined by 17.5 percent year-over-year.