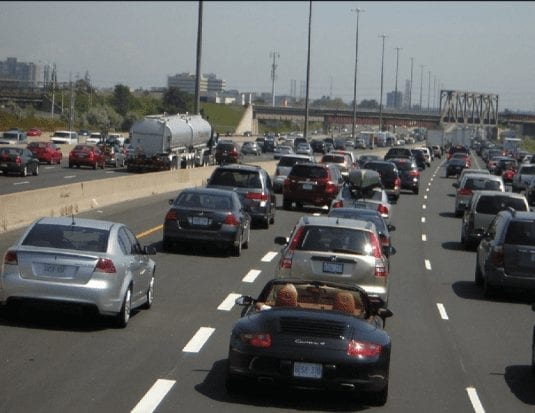 A recent survey by Nanos Research showed that 90 percent of York Region residents are opposed to the implementation of a municipal vehicle registration tax.

Earlier this year, York Regional Council demanded more taxing powers from the Ontario government, including the authority to implement new taxes on vehicles.

Drivers in many parts of Ontario already pay $120 to the province to renew their licence plate stickers and York Regional Council, along with some candidates running in this fall’s municipal elections is looking to impose an additional $100-$120 on top of the provincial fee.

According to York Region the new taxes are required to pay for its annual $220 million infrastructure budget shortfall. When asked what they would like the Region of York to do first to make up this gap, those respondents surveyed said that finding efficiencies in administration was the most frequent response at 45 percent.

Adding a charge for vehicle licensing was only supported by six per cent of respondents and increasing property taxes supported by just five percent. Additionally, eight out of 10 York Region residents said that placing an additional tax on people’s vehicles right now is exceptionally bad timing while 9 out of 10 residents said it was essential to have a vehicle:

Frank Notte Director of Government Relations, TADA added that, “too often, the first choice among some politicians is to increase taxes without realizing there is only one taxpayer funding four levels of government. This Nanos Research survey shows the overwhelming majority of York Region residents don’t want new taxes, but a more efficient local government with the will to control municipal expenses and deliver value for money.”

Elliott Silverstein, Manager, Government Relations, CAA South Central Ontario also noted that, “the results of this survey send a clear message to candidates across the York Region that the prospect of a municipal vehicle registration tax is unpopular with motorists across the region. Studies have shown that motorists in the Greater Toronto Area (GTA) already pay 70-90 percent of the costs of the road network through fees and gas taxes. In the GTHA, road users more than cover the full costs of construction, maintenance and policing.  At an estimated annual cost of $120 per vehicle, this proposal would double a motorist’s costs and duplicate the expenses that drivers already pay to the province for a provincially issued licence.”

Full results of the survey can be found here.