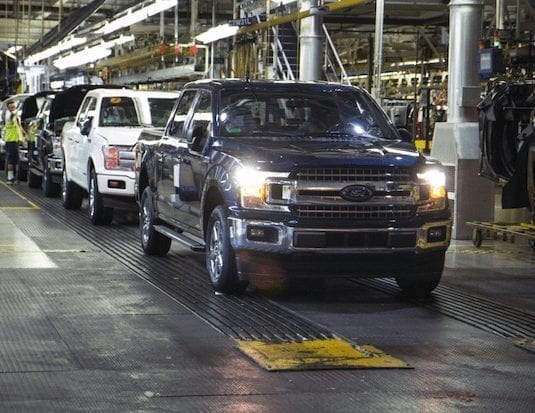 According to data from the Global Automakers of Canada (GAC), overall sales of new passenger cars and light trucks across Canada represented 180,942 units in August, representing a decline of 1.6 percent compared with the same period last year.

Looking at overall new vehicles (year-to-date) in 2018 demand is currently 0.8 percent lower than the same period last year, with 1,392,936 units sold through the third quarter of 2018.

Nevertheless, when looking at five-year averages, the new vehicle market was overall, still almost five percent better than the average for the month of August.

According to David Adams, President of the Global Automakers of Canada, while “the economic fundamentals have remained strong, higher interest rates and the fact that we are at the beginning of the end of a very good, protracted cycle of sales growth has contributed to the slight tailing- off of sales.”

Looking at individual manufacturers and vehicles, Ford remained the top selling brand in Canada during August with its F-Series pickup leading the charge.

Honda continued to occupy the number one sales spot for passenger cars, thanks to the ongoing popularity of the Civic.

GAC, which represents the interests of non-Detroit automakers in Canada, said that its members posted “better than market” sales results.

In August, sales from GAC manufacturers represented 107,876 units—better than market for the eighth straight month this year even though sales were down slightly by 0.1 percent.

Demand for light trucks continued to increase with pickups and SUVs representing 70.8 percent of new vehicle sales August compared to 67.9 percent in 2017.