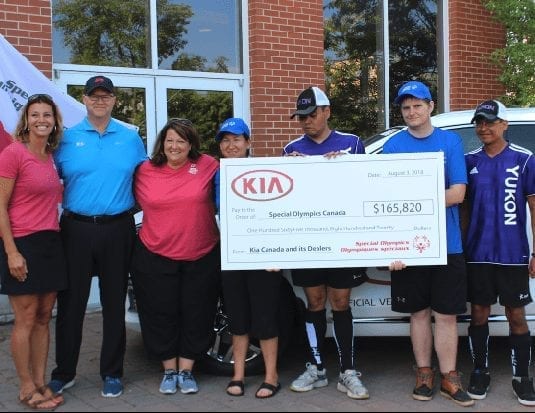 In July, Kia Canada kicked off its Special Summer Celebration which saw the automaker and its dealers raise $165,820 in support of Special Olympics Canada programs and athletes.

Kia Canada has reported that it sold a total of 8,101 of vehicles in July, an eight per cent increase versus the same time period in 2017.

As part of the Special Summer Celebration campaign and, in addition to other fundraising efforts, Kia Canada and its dealers across the country each donated $10 for every car sold in the month of July.

“Having our best-ever July couldn’t have come at a better time,” said Ted Lancaster, Vice President and Chief Operating Officer (COO), Kia Canada Inc. “As a proud partner of Special Olympics Canada, everyone at Kia Canada and our dealers across the country are extremely proud of these additional funds we have raised through the sales of our award-winning vehicles.”