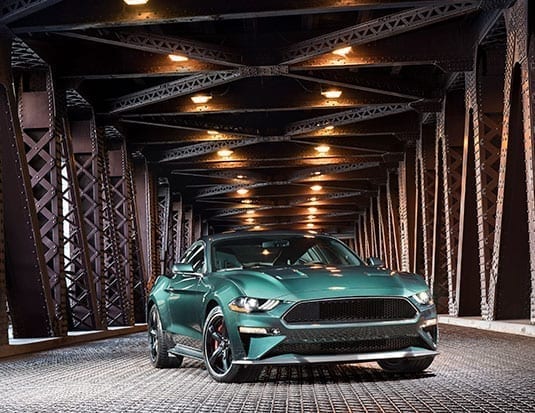 Ford announces the demise of the car.

Lurking in the recent Ford Motor Company’s 2018 First Quarter results announcement (on April 25th) was a news story that instantly leapt to the top of the page on just about every auto industry news website, and was featured on mainstream news outlets in the U.S. and Canada that same evening. Ford disclosed that they were exiting the business of building cars, except for the venerable Mustang and an upcoming Focus-based crossover.

For some, it was hard to imagine that the company that laid the groundwork for the mass production of passenger cars was pulling the plug and focusing on trucks and SUVs. Here’s what they said:

“Given declining consumer demand and product profitability, the company will not invest in next generations of traditional Ford sedans for North America. Over the next few years, the Ford car portfolio in North America will transition to two vehicles–the best-selling Mustang and the all-new Focus Active crossover coming out next year.” (From 2018 Q1 Ford Financial Results Press Release)

Back in January, I wrote an article called “SUVs vs CUVs vs. Sedans… Death of the Car,” but I must admit I didn’t expect any dramatic movement or announcement in this domain quite so quickly!

If you step back and look at the situation objectively (and in hindsight!), it is not surprising to hear Ford make the announcement. Ford’s product mix shift to SUVs has been rapid, as they have been very successful in the SUV/crossover/truck space. In less than ten years Ford of Canada has gone from 24 percent of their total sales being cars to just 12 percent cars. That is truly dramatic.

In a way, it’s quite unfortunate these products are being permanently parked. My recent experience driving Ford products leads me to conclude that Ford cars are the best they have ever been. The cars in question, the Fiesta, Fusion and Focus are strong vehicles and quite competitive. Only the Taurus could be considered long in the tooth. Ultimately it’s not that the products are uncompetitive, which has caused their demise, it’s that consumers would much rather buy just about anything versus a sedan.

At the risk of being obvious, Ford is in business to turn a profit and has a multitude of investors to answer to. It doesn’t make sense to invest big research and development dollars, and manufacturing capacity, in new car products that are likely to show marginal success at best. After all, Canadian consumers are already buying Ford SUVs and trucks 88 percent of the time. In the press release Ford indicates that they believe their own total North American ‘car’ sales will only be 10 percent by 2020.

Ford wasn’t the first major announcement of this sort. Fiat Chrysler stopped building the Dodge Dart and Chrysler 200 (in 2016), citing a desire to switch production to more lucrative SUV products. It will be interesting to see what happens to the Charger, Challenger and 300 as those products continue to advance in age. As I am writing this article, GM announced there will be no more Cadillac ATS sedans as the ATS and CTS sedans will reportedly be collapsed into another sedan product. The casualties of progress are piling up, at least with the Detroit three brands.

Has Ford gifted their competitors’ market share? Yes, it’s reasonable to assume that will be the case. However, it’s a gift of a shrinking piece of pie as consumers’ interest in sedans dwindles. From a business standpoint, I feel it’s a savvy move on Ford’s part. A key failing in our industry is to chase volume at the expense of profitable sales. In this case, Ford appears to be ahead of its peers.

Given our business at Canadian Black Book, it interests us greatly how this announcement could impact Ford values, today and in the future. The answer, simply put, is that it likely will not influence future values. When we look at values for Dodge Dart and Chrysler 200 before and after the cancellation notice, there isn’t a discernible drop in value. Certainly, there is regular depreciation, but no great differentiation with the announcements. From a practical standpoint, Ford sedans will be supported by their network of dealers, and parts will be available for service for many years. So it is not a case that Ford is leaving town, just a changing of the guard.

In fact, this all may be helpful to values. There will be no new vehicles to compete with lightly used ones. And shutting down the manufacturing of those models does severely curtail supply.

It is worth mentioning that if you appreciate “sleeper” performance cars you should quickly go buy a Ford Fusion Sport because it is really a wonderful performance sedan. Along the same lines, if you are an aspiring car collector, consider snapping up a Ford Focus RS (in Nitrous Blue of course), but you’d better move quickly as this really is a limited time offer!