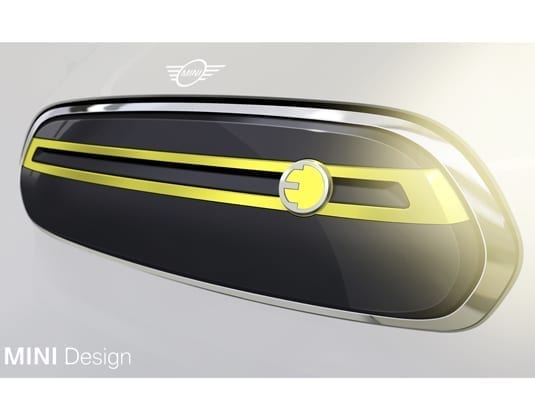 The BMW Group released a few preliminary sketches of the design of its new all-electric MINI set to be launched in 2019.

This will be the very first fully electric model from the iconic British brand. Its release will occur a full 10 years after the MINI E pilot, on the heels of the Cooper Countryman Hybrid released back in 2017.

“MINI is an urban brand, which makes the full electrification the next logical step in its evolution,” declared MINI Head of Design, Oliver Heilmer. “These first sketches express our authentic design vision by building a bridge between the brand’s history and its electric future.”

The sketch reveals the vehicle’s front grille, a hexagonal shape which is a signature mark, while the fact that it is “closed” hints at its newness. Most notable is the absence of cooling elements, which means that the grille can remain shut to improve aerodynamics. A yellow bar adorned with an E badge of identical colour will create a contrasting effect which will clearly identify it as a MINI Electric.