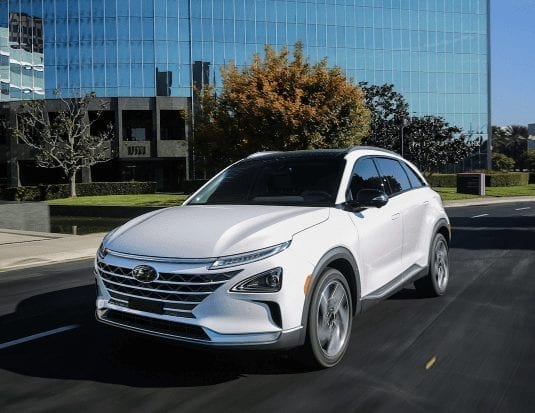 Operated by Shell and Hydrogen Technology & Energy Corporation (HTEC), the station is located at 8686 Granville Street in Vancouver, B.C.

The first of three sites that Shell and HTEC plan to open in the Vancouver area, the Granville Street location hosted a media ride-and-drive of Hydrogen vehicles as well as a presentation with the all-new NEXO, its second-generation fuel cell electric vehicle.

In solidarity with other like-minded manufacturers, Hyundai is also a founding member of the Canadian Hydrogen Fuel Cell Electric Vehicle (FCEV) Coalition of automakers. Efforts such as this highlight the need for more infrastructure to support Hydrogen-powered vehicles, as well as the importance of having continued support from government and industry-leaders, as automotive manufacturers such as Hyundai work towards creating a more sustainable future.

Fuel cell vehicles don’t require gasoline, but instead run on advanced fuel cell technology that uses Hydrogen. When Hydrogen and Oxygen from the atmosphere are combined into the fuel cell stack, electricity is produced via an electrochemical reaction. The only by-products of this process are electricity and water vapour, resulting in vehicles that yield zero-emissions.