We Speak Your Language! 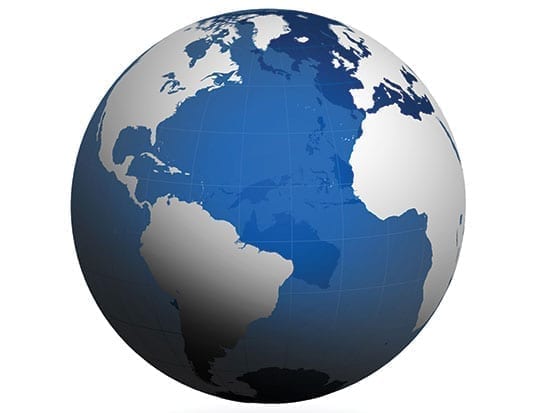 Here’s how you can capture your cultural community.

Did you know that according to Statistics Canada, by 2031, 28 percent of the Canadian population will be foreign born? And the number of visible minority groups will double? That means there’s likely a significant ethnic market not far from your doorstep right now! So what are you doing about it?

To start with, the team at your dealership may already be made up of some of those ethnic groups. That’s particularly true if your dealership is located in a major metropolitan area.

The dealer principal needs to understand what brands are favoured by certain ethnic communities. For example, Ford is popular with the Sikh community in the Greater Toronto Area. The Ford dealers there have a mixture of Sikh staff, and sell many Mustangs and F-150s. It may take some soul searching for the dealer to find who and what the market is, and putting the right ratio of PAs and SAs to address that market.

That may or may not require looking at your database. If you’ve been in business long enough, if you’re on the floor and you’re active in your business, it’s as simple as asking the individuals who make up your organization. As the dealer principal, you know your area. A census report will also identify and break down the ethnic makeup of your area.

Some areas have smaller villages within, like a little Chinatown, little Italy or a Caribbean population—all of which can be broken down into smaller areas. There are different sub-cultures and faiths within these markets, so be careful not to cast the same umbrella over all of them.

You can advertise by looking at their makeup and where they worship, dine, have community events—usually there’s a cultural or community centre. There are also publications and websites, so why not interact with them and see what other businesses are doing? For example, a dentist office, meat shop, maybe even other dealers. Build on what they’re doing, and make it better! Perhaps they offer businesses an opportunity to post their profile within their website and would suggest to do so, not just for the advertising but also the SEO capabilities.

It’s also important to bring a different value to it. The Chinese community has its own social media called “WeChat.” This is where this community interacts through forums, and shops, etc. It’s almost like Facebook. If you’re in the forefront of this source, with a good profile, and are well respected digitally, people will point to you and you can sell cars prior to new Canadians even entering the country.

But don’t think ethnic marketing is limited to urban areas. In north-eastern Ontario, there’s a large Polish community in Barry’s Bay, north of Bancroft. A dealership there, no matter how small, should have car care clinics, follow-up correspondence and PAs calling those customers speaking Polish, and being part of the community. The dealership’s landing page would have a Polish language option, and business cards would also be in that language. Before you even enter the dealership, you know they’re attuned to your language and culture.

Catering to the digital aspect of that ethnic community is very important, as is bringing it in-store. If you knew that 80 percent of your customers were Polish, the entire dealership would reflect it, right down to the language at the coffee bar. It’s crucial to make that community feel at home in the dealership.

It may be more challenging in a downtown core. Some dealerships are at intersections of different ethnic communities, so they need to have a bit of everything. If you walk through those dealerships, they should have a little touch of every culture.

But as with everything else, there can be a negative, where a dealership goes over the boundary. If you were to go to a BMW store in British Columbia, you’ll see that their website is available in Chinese as well as English. And with a significant Chinese population, that works well.

In Ontario, however, it might not have the same success. If there is only a 20 percent mix of Chinese consumers in a dealer’s market, it may not be necessary to have a Chinese language option for the website. You may be neglecting or overlooking other ethnic markets. So you have to understand your community and make sure that you fit whatever ethnic advertising correctly, without going overboard.

It’s important to analyze and not overdo. This kind of marketing needs to be done delicately. You need to take small steps, especially when you’re doing it digitally. When you’re advertising in newspapers, that’s fine. But if you’re marketing digitally, you have to be aware of ethnic sensitivities.

Start by asking your staff. Have a conversation with your Hindi employee. Ask what newspapers are in his house, where he may worship—but ensure he’s comfortable with these questions. Explain that you’d like to do some advertising within his community and ask if he would see any value in it.

Look at the newspapers, and see if there are other dealers advertising. If there are three other dealers, why would you want to be the fourth? Maybe you go to another newspaper that may be smaller or more specific, and get a better ROI.

Ask around. Send your marketing staff to do a survey. Maybe they can go through the local community, go through the stores, take out some magazines and talk to people. Let them get a feeling, and then take their findings and start to put together a strategy. If you do it right, you’re bound to engage a market that will beat a path to your door! 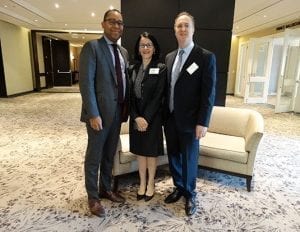 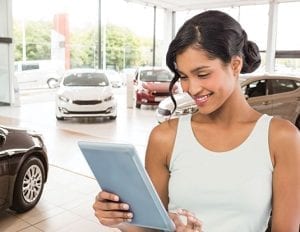