The Benefits of Boomers 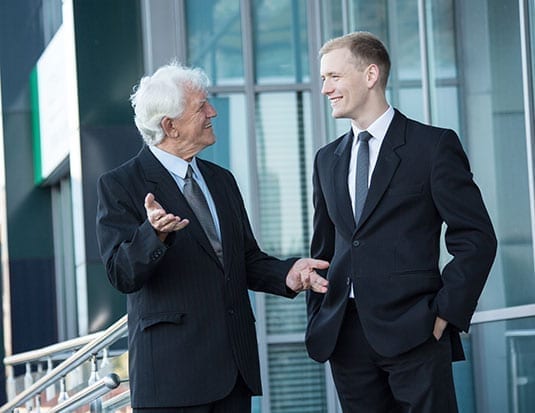 Don’t make the mistake too many dealers are making!

Sometimes the best business booster can be right in front of you. Potentially significant new sales opportunities, yet they go untapped. Why?

In the example I’m thinking of, it’s because the dealer has, unfortunately and pre-emptively, decided that investing time and effort on this particular segment isn’t worthwhile, despite the significant potential upside. I’m talking about baby boomers.

There is a perception taking root among Canadian car dealers that the 55+ generation isn’t a demographic worth focusing on when thinking about closing a sale.

In fact, the latest Kijiji Auto Research Report found that Canadian dealers see our aging population as being the number three negative trend/source that is impacting the automotive industry, behind only rising fuel prices and potential impacts of Donald Trump as U.S. President.

Forty-seven percent of dealers view an older population as having a negative impact on the automotive industry, with only one in five (19 percent) taking a positive view—and that’s down significantly from the year before.

Too big to ignore

The 55+ demographic represents almost 11 million people, or 31 percent of Canada’s total population, according to the most recent census taken in 2016. That’s almost one-third of the country and is a demographic which, for many reasons, can be a strong target for new business prospects, especially in the auto sector.

Let’s break that down, according to the Kijiji Research Report. Boomer buyers are often quicker to make purchase decisions, and they are more likely to be looking for an upgrade over their current vehicle, rather than making a purchase driven by changing circumstances (such as a growing family)—likely led by a higher disposable income.

Buyers in the 55+ category are also less likely to find enjoyment in hunting for deals, and are more likely to come back to you for regular services and repairs. They also tend to be stronger advocates for your dealership, particularly to their children and others in their extended families. Furthermore, they are often more loyal as they’re significantly more likely to return to you next time they’re ready to purchase their next vehicle.

The Study found that 59 percent of dealers believe implementing technology in their showrooms (iPads, interactive displays, video) is very important to their success. Adoption of mobile tools has skyrocketed over the past year, with 82 percent of dealers saying they’re using mobile advertising (a 23 percent jump from the previous year).

However, digital advancements and efficiencies are often catered to a millennial buyer, which the majority of Canadian dealers (57 percent) feel have a positive impact on the industry. As the industry becomes more and more digital, dealers should of course embrace technology, but need to remember that different demographics interact with technology differently. Therefore, they need to not lose sight of the opportunity to leverage technology investments in a way that caters to the Boomer demographic specifically.

But the Report showed that 81 percent of 55+ car purchasers are still spending one-half of their time researching using digital resources, primarily focusing on dealer and manufacturer websites over social media (only five percent), and mobile (only 19 percent). What the message here is: don’t forget about the opportunities available with baby boomers, and make sure your marketing investments still include methods that cater to their needs and interests.

Dealers need to make sure that while they’re optimizing marketing strategies to align with new technologies and channels, it’s important to still know that tried and true forms of marketing still have their purpose when thinking about a specific demographic—in this case, seniors.

Making those essential investments and technological changes to your business model is imperative, but its value is undermined if you’re not taking a big picture view of all of the demographic targets you should be engaging with, particularly the 55+ segment.