New Vehicle Sales Dip in May 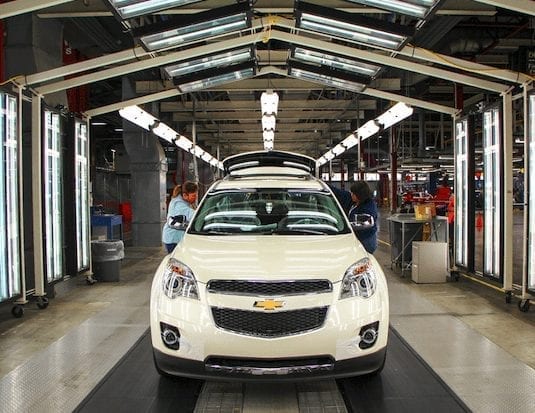 Canadian new vehicle sales declined in May, according to the latest Scotiabank Motor Vehicle Sales Outlook.

A decline of eight percent last month represents a third consecutive year-over-year drop based on the report. Much of that is due to falling passenger car sales which saw a 9.4 percent year-over-year decline.

Scotiabank estimated overall vehicle purchases for the month to see an increase over April (around 2.05 million units) up from less than 2 million.

South of the border in the U.S., new vehicle sales grew by 0.7 percent in May (16.8 million annualized units). Countering that however was the fact that the total represented only the second time since September 2017 that U.S. new vehicle sales had totaled less than 17 million units.

In the U.S. market, Detroit automakers fared better than in Canada last month, with two of them posting double-digit gains. Overall however, the report said these gains were countered by lower sales from overseas OEMs.