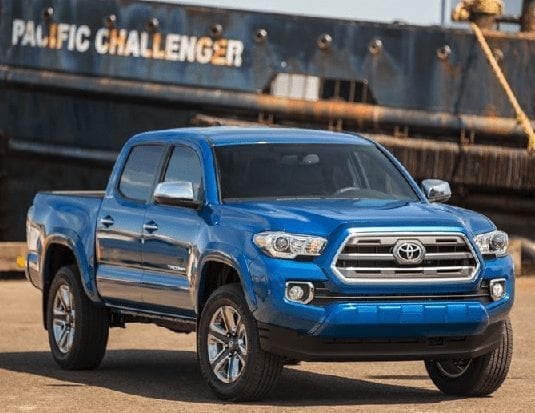 Toyota earned the SUV/Crossover/Van brand award while Lexus took the same brand award on the luxury side, seven of the winning vehicles were Toyota models while five came from Lexus. BMW also performed well with five model-level awards in addition to the Luxury Car brand-level award for the third consecutive year.

Other brand level winners were Ford, which took home the Truck brand award for the second consecutive year, while Honda earned top honours in the Passenger Car category.

The study also identified numerous vehicles that have won multiple times over the 7-year history of the awards, including the Toyota Sequoia and the Toyota Tacoma for the 7th consecutive year, Lexus ES 300h and the Honda Odyssey for the 6th year in a row, and the Ford F-150 and Toyota Prius for the 6th time overall.

“The 2018 model year showed significant consolidation of winners with nearly 80 percent of the awards going to four manufacturers,” said Vincentric President, David Wurster. “In many cases we are seeing how a vehicle’s lower cost of ownership can more than offset a higher price, often making a higher priced vehicle a better value.”