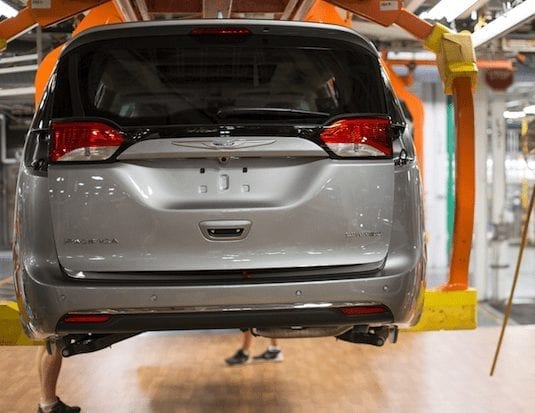 Much of that decline is seen in lower numbers from Detroit-based automakers and passenger cars specifically (which saw demand drop by 18 percent). On the flipside, light trucks and SUVs (including crossovers) continue to see gains, with sales up by 2.2 percent in April (representing a whopping 70 percent of the entire light vehicle market).

Although crossovers are currently the hot ticket, pickups are also seeing gains in the Canadian market, particularly in Ontario where sales are up by 7 percent.

Ford was the top-selling automaker in Canada during April, delivering 30,038 vehicles, while in 2018 to date, General Motors is the overall leader, with 94,468 vehicles sold.

On the import side*, total overseas vehicle brand sales amounted 109,224 units, representing sales increases of 0.7 percent and a 57 percent share of the total light vehicle market.

South of the border in the U.S. vehicle sales are expected to see a slight decline in April from March, with approximately 17.1 million units delivered (down from 17.5 million the month prior).

As is the case in Canada, passenger car sales continue to see significant declines causing automakers to reduce production capacity by 110,000 units, while at the same time increasing light truck output by 5.4 percent to keep up with demand.

*Information provided by the Global Automakers of Canada