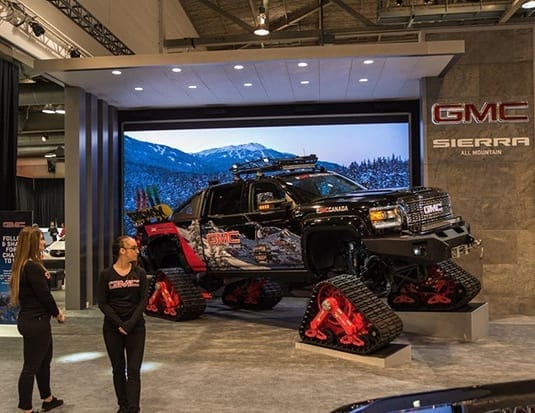 Calgary’s BMO Centre was the site of the 2018 edition of the Calgary International Auto and Truck Show, which ran from March 14th to 18th. According to organizers, the event was a resounding success.

Visitors were treated to a vast selection of new vehicles including the GMC Sierra Denali HD All Mountain Concept pickup, Mercedes-Benz G 550 SUV and the 2019 edition of the Dodge Ram 1500. All of the major automotive manufacturers were present and eager to show off their latest creations.

Event organizers honoured Saint Patrick’s Day, which was celebrated last week-end, by highlighting vehicles such as the all-green Audi Spyder, which attracted more than its fair share of visitors during the 5-day event.

Other highlights included a drawing that allowed a lucky visitor to drive away with a 2018 Acura TLX equipped with a new 8-speed transmission and an impressive array of cutting-edge technological devices.