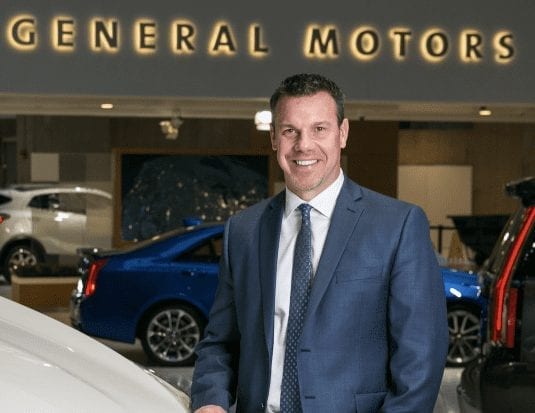 General Motors has announced executive changes to its Canadian operations.

Roth will be based in Dubai, United Arab Emirates and responsible for growing the Chevrolet, Cadillac, GMC and AC Delco business throughout the region. He replaces Mario A. Spangenberg who has elected to retire on July 1.

Bell will be responsible for marketing, sales and service across all four GM brands—Chevrolet, Cadillac, Buick and GMC.

Bell will report to Steve Carlisle, President and Managing director of GM Canada. He will also join GM Canada’s Executive Committee and GM Canada’s board of directors.

Roth, 49, joined GM in 1991 and held a series of sales and marketing positions before becoming director of Sales Operations for Cadillac, HUMMER and Saab in 2008. He became Cadillac Regional Director in 2011 and was responsible for leading the field team supporting South Central Region dealers. He was named vice president of GM Canada Marketing, Sales and Service in 2013.

Bell, 51, joined GM in 1989 and has held numerous sales, service and marketing positions across the GM brands, including Fleet and Commercial and Buick GMC. During his time with Buick GMC, he held a series of field leadership roles before being appointed, Director of Sales Operations, where he was responsible for transforming the sales and dealer organizations to best position Buick GMC for future growth with the phasing out of Pontiac.