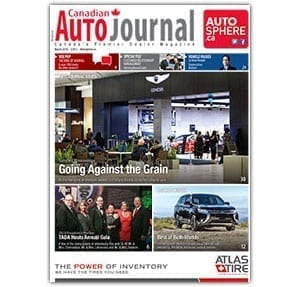 I’m not sure if it’s on purpose, or simply a coincidence, but Quebec has become quite the proving ground for legislation in the automotive sector.

Think back a few years when it became law in Quebec for vehicles to don winter tires from December to March. That was a bold move, and one that left the rest of the country wondering what difference it would make. Fast-forward to 2018 and it’s clear that winter tires reduce collisions and save lives.

Now, the Quebec government has made another bold move with their ZEV (Zero Emission Vehicle) Standard, which came into effect on January 11, 2018. In short, the ZEV Standard employs a credit system to “spur the supply of zero-emission vehicles (ZEVs) and low-emission vehicles (LEVs) to afford Québec consumers access to greater numbers and a broader range of plug-in motor vehicles.”

The Standard employs a rather complex credit system based on the type of vehicle, the electric range of that vehicle, the numbers sold, etc. It also allows automakers to sell their surplus credits to other automakers. But at its core, it’s a quota system designed to get more EVs and plug-in hybrids onto Quebec roads.

Just as we wondered what would result from Quebec’s winter tire law, we’re all wondering what the results of the ZEV Standard will be. Will it increase ZEV and LEV sales? Will consumers want these types of vehicles more than they did in the past, simply because the Standard is in place? Will automakers introduce electrification to more models? Will dealers push ZEVs and LEVs onto customers, just to avoid penalties? Time will tell.

Mind you, this isn’t a move that has been welcomed with open arms by all. In fact, I’ve been hearing a lot of grumbling and complaining from the heads of major manufacturers. Unlike the winter tire law, which had tire manufacturers and retailers rejoicing, the Standard is being met by a lot of resistance.

A number of auto industry executives have said outright that they don’t agree with this move. Instead, they’d prefer to see the government put in place a target for emissions, and allow each manufacturer to figure out how to reach those targets. “There are a number of promising technologies in the works, so why put all the emphasis on electrification?” they wonder.

Toyota recently hosted a dinner for auto industry executives, just prior to the Auto Show in Toronto. Larry Hutchinson, President and CEO of Toyota Canada, made an intriguing point when he told those in attendance, “There is no ‘one-sizefits- all’ approach to meeting Canadian drivers’ needs, so public policy focusing solely on the sale of zero emission vehicles may miss the real target of overall greenhouse gas reduction.”

Is he right? Will the Standard make a difference? I think we’ll all be paying close attention to see how this experiment pans out.