The Canadian Consumer: the Survey Says… 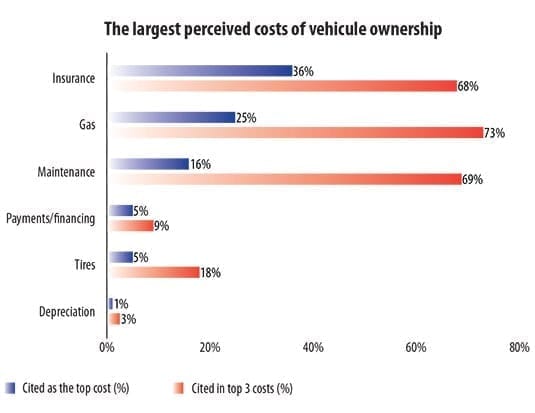 We have a somewhat unconventional way to celebrate the arrival of a New Year here at Canadian Black Book: by conducting our annual poll of Canadian views on some select auto industry topics that matter to us, and we feel matter to the industry at large. Admittedly this is not exactly as conventional as signing Auld Lang Syne at midnight, but it is more educational!

Given last years’ astounding new car sales performance one of our key questions is to ask respondents about their plans to buy a car in the coming 24 months. Nationally 52 percent of respondents indicated they plan to purchase a new or used vehicle during that time.

This is down from the 62 percent who answered the same question positively last year. This suggests the industry might slow down from the 2017 wide-open-throttle pace that we witnessed. Of the folks who said they expect to acquire a new ride, 57 percent say they will buy a brand-new vehicle and 43 percent indicated that used was where they would spend their hard earned money.

Our survey also indicates that younger (18-34 year) male buyers have the highest purchase intentions, compared to female and older male buyers. Geographically speaking, buyers in Alberta (62 percent) and Atlantic Canada (58 percent) have the highest purchase intention by province, with the least likely regions being residents of Saskatchewan and Manitoba at 43 percent. This suggests there is some good for Alberta as that market may be in for a better year than their peers in other provinces.

We also served up a battery of questions about how Canadian consumers researched their vehicle purchase, and how well schooled they felt they were about their trade in ahead of time. We learned that consumers are really leaning on dealer websites as a key source of information.

Almost one quarter (23 percent) of respondents indicated that dealer websites were their most important source of information. This is great validation for those dealers who have invested in this area for many years, and a good reminder of how important it is. Second to dealer websites was the advice of family and friends (22 percent) followed by vehicle reviews (16 percent).

Once consumers have made their decision to visit a store and start talking numbers, it is still surprising that only about half (49 percent) have a good idea what their trade-in is worth. When they do close a deal on a car, 36 percent feel they did not get as much as they had expected. The whole trade-in process seems to be a bit of a low point for consumers, 6 percent confessed they switched dealers due to a negative trade-in evaluation process. That is a lot of lost business for any store! Only 17 percent indicated the value they received for their trade was better than expected.

When we dig a bit deeper into how consumers researched their trade value, we find that 65 percent would like to use an online trade in appraisal tool. Although the vast majority of Canadian consumers have heard of Canadian Black Book, many are not aware of the free consumer tools available on our website. About a third of consumers indicate they visited Canadianblackbook.com to research a car’s value.

To make the trade-in process less contentious, we hear from many sales professionals that they find it easier to work with a customer if they have done their research, prior to entering the dealership. Is this a best practice for a consumer? I think so. I would not dream of trading my car in without researching it first. This is the same thing I tell friends, family and anyone who will listen.

It is quite noteworthy that over one quarter (27 percent) indicated they would gladly abandon the dealer visit for purchase and would like to purchase a car entirely online. The younger millennial buyers led the way with 36 percent saying they would rather click than visit. Buyers over 55 were much less likely to go digital at 11 percent.

When it comes to owning that new car, after the purchase is behind them, Canadians don’t always know what the greatest cost of ownership is. The chart displayed on this page outlines what proportion of Canadians believe each expenditure represents the biggest cost of owning a vehicle, and the proportion who include each type of cost among the top-three expenses.

The bottom line is, Canadians do not appear to be aware that depreciation represents the single largest cost of ownership. This is consistent with our previous findings in our polls. Depreciation contributes to the existence of “negative equity”–and 61 percent (up 8 points) know that negative equity occurs when one owes more on their vehicle than the value of the car. Four in ten (39 percent) don’t know what it means.

Likely a result of the misunderstanding of depreciation and negative equity, most (97 percent) agree–75 percent strongly–that auto retailers should make customers fully aware of various loan payment options, and when in the payment plan that the car owner would be in a position that they owe less than the value of the car, therefore no longer being in a negative equity position.

There you have it, a bit of insight from the Canadian consumer!