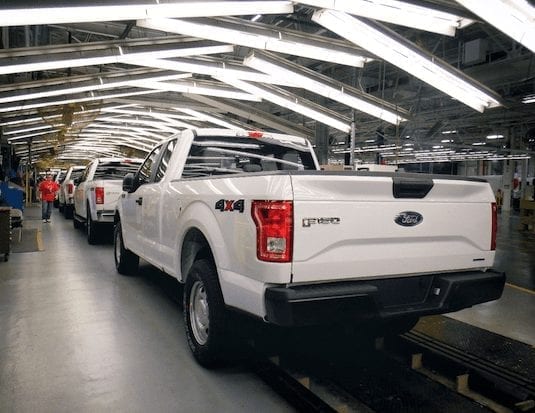 According to the most recent Scotiabank report, new vehicle sales in Canada resumed their record-setting pace last month.

According to Scotiabank Senior Economist Carlos Gomes, the advance was broadly-based with eight automakers reporting double-digit year -over-year sales gains. However, light trucks powered the way, with volumes surging 9 percent above a year earlier. This represents a further acceleration from the 8.5 percent year-over-year increase reported during all of 2017. As in previous months, imported models posted the strongest gains, with light truck volumes surging 17 percent above a year earlier. In contrast, car sales declined 3 percent below a year earlier, with thirteen automakers reporting lower car sales last month.

South of the border in the U.S., auto sales got off to a sluggish start, undercut once again by a sharp decline in sales to the daily rental industry. Scotiabank estimates peg an annualized 17.1 million units in total sales last month, down from a robust 17.7 million during the final three months of 2017, and nearly 2 percent below the projected sales pace for the month. Fleet volumes plunged 16 percent below a year earlier for the Detroit Three and accounted for most of the weakness. In contrast, sales of imported brands were in-line with expectations, even as two Asian automakers posted sharp year-over-year declines. Light trucks captured a record share of the U.S. market last month, as crossover utility vehicles garnered more than 39 percent of the market, up from less than 35 percent a year ago. The shift towards light trucks has prompted automakers to continue to boost assemblies of crossovers and pickup trucks, while slashing their car production nearly 10 percent year-over-year in the opening months of 2018.