Think Outside the Business Office 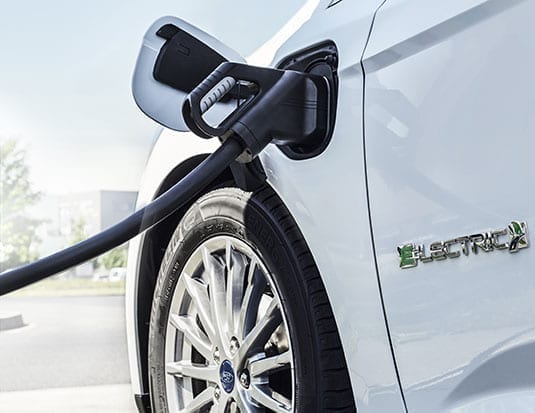 With the latest reports estimating that half the vehicles on U.S. roads will be electrified by 2030, some finance managers may wonder what impact that will have on their business.

But according to Rebecca Chernek, President of Chernek Consulting, there’s always going to be a need for particular products—no matter how a vehicle is powered. “Tire and wheel, and GAP products, will always be necessary,” she says. “You’ll have other products coming onto the market. And you’ll see advantages to some products that you may not have seen before.”

For example, identity theft protection products are making inroads. “It didn’t make sense for dealers to offer it before,” says Chernek. “But today, it’s a viable product.” If a vehicle is stolen, and it’s not recoverable, there’s a benefit of $5,000 that goes directly to the consumer. “That can be used as an additional down payment on their next vehicle.”

Likewise, the identity recovery can help not just the driver but the entire family. “If there’s any type of identity breach on their computers at home, they’ll help to recover credit scores, and do all the due diligence necessary to recover identity,“ says Chernek. “It depends on the policy, since they’re all different, but it should include family members.”

F&I product companies will develop items that provide added value to the consumer, based on what’s happening in the market. “There are more gadgets for the consumer,” notes Chernek. “There’s a small box that can be placed in the engine or where the spare tire is, so that you can’t see it. That will track the vehicle so you always know where it is, and you can locate it at any time.”

Other gadgets will actually stop the vehicle from operating. “The car doesn’t stop in the middle of the road, but once it has been turned off, it can’t be turned on,” says Chernek. “It can be used against theft, or customers may want to put it on their child’s car.”

Another product gaining in popularity is key fob protection, which, given all the functions of a fob such as remote starting, can be expensive not just to replace but also to have programmed. “With some new vehicles, it’s not even a fob, it’s a code,” notes Chernek.

Other appearance products are gaining in popularity, such as paint and fabric protection. “There’s a titanium product that protects windshields from chips and road debris,” says Chernek. “Everyone has a different type of program.” There’s also a Diamon-Fusion product for windshields that not only protects from road debris, but also helps reduce night vision glare and clears the windshield.

“You have to think outside the box,” says Chernek. “There are many different products coming onto the marketplace, like dashcams. And then you have to think about terms and that sort of thing. Are we going to offer customers month to month? Where is that going? That means we’re going to have a different type of product offering to support that need.”

Some month to month programs, or subscriptions, include maintenance. “Maybe maintenance is more relevant for month to month, but if the program already includes it, you have to find something else that’s relevant,” says Chernek. “It could be that recovery or identity theft programs make more sense to that customer.”

She suggests finance managers take a good look at their menu offerings. “Are these products relevant today?” Chernek asks. “Some F&I people skip over the products they have on their menu because they don’t buy into it. If that’s the case, take them off.”

Now that vehicles are changing so rapidly and are loaded with exciting technology, finance managers have to look at what’s coming from the factory. “The factory is stepping up,” says Chernek. “One European manufacturer has six year, 100,000 mile comprehensive coverage now. If that’s happening, what are you going to do about it? An extension of it? Maybe a product where the owner can transfer coverage, which would create better resale value for the vehicle.”

Consumers want to buy as much technology as they can on a vehicle. “With leasing, a customer can get a lot more for their buck rather than extending their loan up to 84 months,” says Chernek. “They want the latest and the greatest, which is why more customers are leasing than ever before.” Finance managers have to make that call, whether the customer should be in a lease or a long-term loan. “And if it’s a lease, what are you going to offer the customer that they can’t get through the factory?

“The fit with what’s going on in today’s marketplace is more important than ever. There’s always going to be a replacement for a particular product, but you have to be creative. Times are changing, and you have to change along with the times to be profitable”.