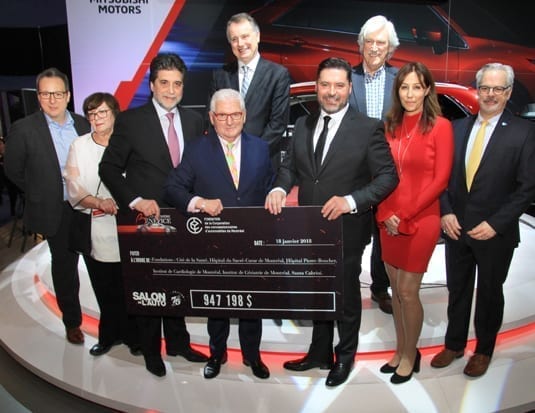 At the Charity Preview of the 2018 Montreal International Auto Show (MIAS), a total of $947,198 was raised in support of local hospital foundations.

This year was a very significant one for the Montreal International Show, since it represented the event’s 75th anniversary. Over 5,000 people attended the Charity Preview gala, which traditionally runs the night before the show opens to the public at the Palais de Congrès de Montreal.

Since the charity initiative was first established in 2005, a total of $7 million has been raised in support of the local Montreal hospital foundations which include the Montreal Heart Institute Foundation, Cité de la Santé Foundation, Institut de gériatrie de Montréal Foundation, Montréal Sacré-Coeur Hospital Foundation, the Santa Cabrini Foundation and Hôpital Pierre-Boucher Foundation.

The Montreal International Auto Show is presented in January each year by the Montreal Automobile Dealers Corporation (MADC). The 2018 event ran from January 19-28.