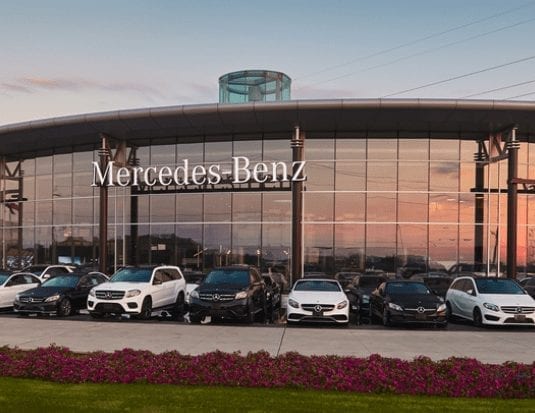 Mercedes-Benz Canada has named its 2018 Star Dealers: the top 11 dealers from across its national network of 59 retail operations.

The designation recognizes authorized Mercedes-Benz dealerships who demonstrated outstanding performance in new and pre-owned sales, service and parts, as well as robust customer service satisfaction, over the course of the 2017 calendar year.

Since it was first introduced in 1999, the highly esteemed Star Dealer designation has served as an opportunity for Mercedes-Benz Canada to publicly thank the dealers who have made such an important contribution to the company’s success.

The award-winning dealers are as follows (listed from east to west):

“In 2017, each dealership across the network contributed to the success that allowed us to remain the number one luxury manufacturer in Canada for the fourth consecutive year,” said Brian Fulton, President and CEO of Mercedes-Benz Canada. “In the end, though, exceptional performance set 11 dealerships apart: they rose to the challenge, and raised the bar in the process. I would like to congratulate them for going above and beyond in all aspects of their business.”