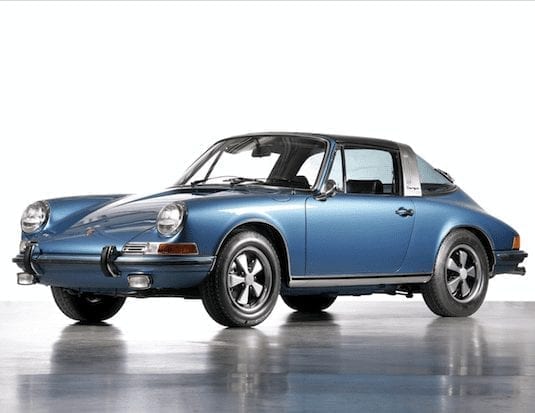 The Canadian International AutoShow has announced a special attraction at this year’s event—which runs from February 16-25—a major display of cars celebrating the “70 Years of Porsche.”

“Porsche is among the most iconic of automotive brands and the Canadian International AutoShow is thrilled to be able to tell their story, from the beginning in 1948 to the present,” said General Manager Jason Campbell.

Although Ferdinand Porsche started in business in Germany in 1931 doing automotive consulting and development, it wasn’t until 1948 that the first Porsche road car, the 356, was built. Spearheaded by the founder’s son, Ferry Porsche, who couldn’t find the sports car of his dreams, the 356 was constructed in an Austrian sawmill. Only when pre-orders warranted production did Porsche move its operations to Stuttgart, where a factory and company headquarters remain to this day.

Although the Porsche 356 was a good soldier, the company’s success in motorsport was sufficient motivation for it to upgrade its road-going design and the result was the first 911, another rear-engine sports car but one with a six-cylinder “boxer” engine. The 911 has since become the definitive Porsche and has remained in continuous production ever since.

“We look forward to using this display to tell the story of Porsche from beginning to present,” said Marc Ouayoun, President & CEO, Porsche Cars Canada, Ltd. “The feature area will bring the evolution of Porsche over the past 70 years to life, host a selection of classic, historically significant Porsche models, and integrate memorable motorsport feats, highlighted by claiming overall victory at the 24 Hours of Le Mans a record 19 times.”

“The company has developed a lightning quick battery charger that will power up its new, all-electric vehicle, based on the Mission E concept study, in as little as 20 minutes,” he said. “So we’re excited to be presenting a display that celebrates the history of Porsche, but also peeks at where the brand is going.”

The “70 Years of Porsche” will be on display on Level 100 of the North Building, Metro Toronto Convention Centre, just to the west of Auto Exotica in a space that was occupied last year by “50 Years of Formula One in Canada.” The company history, a focus on key individuals in its evolution, and six of its most famous cars over the decades will make up the exhibit.