SUVs vs. CUVs vs. Sedans… Death of the Car 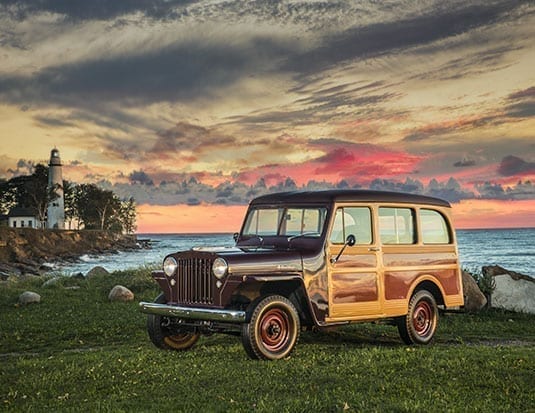 An endangered species of the four wheeled variety.

To be fair, I feel obliged to disclose something up front before we get fully underway. I have a deep love for cars; notice that I said “cars” and not “vehicles” or “SUVs” or “trucks” when I declared my personal affinity for the car. My preference for cars is due to their obvious superiority, of course. Cars are much more fun to drive, handle better, use less gas, are less likely to roll over in an accident, and are far better looking, just to name a few reasons. All unbiased criteria, I assure you. Cars are simply the better choice.

However, facts suggest that these days I’m very much in the minority when it comes to vehicle preferences. The new vehicle market in Canada today is about 30 percent cars and 70 percent SUVs, trucks and vans, which I will refer to as “trucks.” The big news is not the numbers today, as much as it is the shift of the market preferences in the last 10 years or so.

When cars were king

For as long as most of us care to remember, cars were king. When Statistics Canada first started tracking this type of information in 1946 the vehicle preference was around 70 percent cars and 30 percent trucks, the exact opposite of today. From the 1946 mark, the truck share fell to below 20 percent in the 1950s and then held there until the mid-1970s, when its share again climbed above 30 percent. After a medium size energy crisis in the 70s, trucks started to gain in popularity through the 80s and have not slowed their rise since.

From the late 1990s until 2008 the market was almost 50/50 cars and trucks. And then in 2009 the lines (pardon the obvious pun) “crossed over” and trucks claimed the upper hand. Since 2009 trucks in Canada have taken over in popularity, and today the split is 70 percent truck and 30 percent car ownership.

There is quite a lot that went on behind the scenes to make this all happen. Way back in ’46 for example, the first larger Jeep, the Willys Jeep Station Wagon, would debut. Since that time the truck based SUV offerings grew rapidly, as we fell in love with their brawny utilitarian nature. When we finally got to the arrival of car based SUVs, like the AMC Eagle and the Subaru Outback, market adoption of all things “SUV” shifted into top gear.

Dawn of the crossover

The invention of the crossover, and there are plenty of claims and counterclaims as to who was responsible, was a massive game changer. It addressed many of the obvious shortcomings of truck based products. Crossovers were more car-like as far as size, manoeuvrability and handling. Advances over the years in engine and transmission technology have resulted in many crossovers achieving much more acceptable fuel economy, too.

The switch to trucks has brought with it relatable consequences. The shift in consumer tastes means that cars, as compared to trucks, do not perform as well as used vehicles, in terms of the amount of value they retain over time of their original price. Over the past three years that gap has averaged ten percent after four years.

This also has an effect on forecasted lease residual values. With a lower retained value for a car, the monthly payment typically will be driven up. Typically SUVs have a higher MSRP than their comparable car cousins, but the residual value advantage of the SUV can level the playing field, or even make the SUV less per month!

At a recent event I attended, a senior auto executive explained that many cars with long histories in the market will probably not survive into their next generation of product. FCA is a good example of that. They permanently parked the Dodge Dart and Chrysler 200 to focus on more profitable products.

You can’t blame the OEMs—why spend money on developing a car when you can generate more profit with an SUV? This is why we have seen brands such as Jaguar, Maserati and Alfa Romeo (which consumers never expected) put an SUV horse in the race. With all this in mind, we can assume the future will hold more SUVs. My expectation is that an 85/15 percent market split is not far away.

If you are a true car fan, over time it will likely be harder and harder to find one. The best thing consumers could do, to save the breed, would be to buy one before they go extinct! Cars are on the endangered list. You read it here first….unless all those crossovers are merely cars in clever disguise.