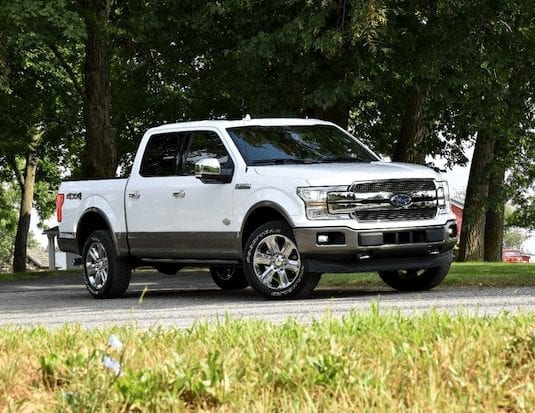 Vehicle sales in both Canada and the U.S., achieved record numbers in 2017. Carlos Gomes, Senior Economist at Scotiabank, noted that:

According to the most recent Scotiabank report, sales declined below a year earlier for the second consecutive month, but torrid light truck demand lifted annual 2017 volumes above 2 million units for the first time on record.

The report estimated that car and light truck orders eased below an annualized 2 million units in December for the first time in almost a year, however previous strong monthly sales lifted full-year 2017 volumes to a record 2.038 million units.

Based on current projections, 2018 is expected to be another strong year for new vehicle sales in Canada but demand is expected to decline slightly to around 2.0 million units. Light truck sales posted a double-digit year-over-year increase in 2017, and now garner a record 69 percent of the Canadian new vehicle market, up from less than 60 percent three years ago. Crossover utility vehicles led the sales gains, but pickup trucks also posted a double-digit increase, lifting annual 2017 sales of pickups above 400,000 units for the first time on record.

A statement from the Global Automakers of Canada (GAC) noted that 2017 was definitely the year of the truck with 68.6 percent of the more than two million vehicles sold last year being categorized as light trucks. Never before has the level of light trucks reached such a significant total of overall sales.

“What a banner year for the industry,” said David Adams, President of the Global Automakers of Canada.  “It wasn’t that many years ago that sales levels over two million would have seemed completely unrealistic; but there are a lot of positive fundamentals that have supported this growth, although the last two months of the year have seen sales growth moderate slightly” added Adams.

Based on GAC’s data, Ford led all manufacturers with sales of 304,445 for 2017, but General Motors led all other manufacturers selling the most vehicles in the month of December with 19,801 units sold. The Ford F-Series and Honda Civic remained the best-selling vehicle and passenger car respectively for 2017.