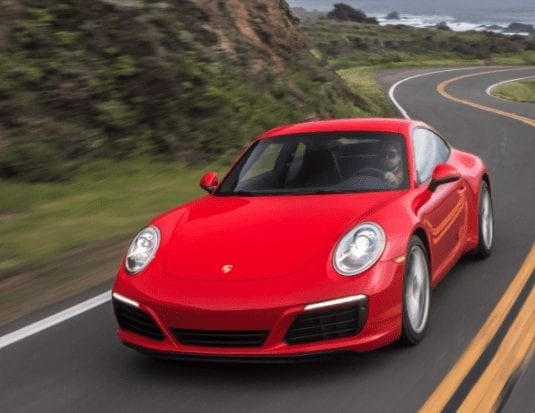 Fueled by a buoyant view on the economy, more Canadian car shoppers were tempted to upgrade their garages with something flashier in 2017.

autoTRADER.ca’s annual search data revealed more searches for luxury and high-performance vehicles over more practical offerings that have traditionally been the focus of most car shoppers.

Featuring hundreds of thousands of new and used vehicles for sale, autoTRADER.ca has released its annual list of findings, driven by data collected and analyzed from the site.

While the top four vehicle searches in Canada for 2017 remained unchanged from the year prior, movement in the lower ranks of the Top 10 saw searches for the Mercedes-Benz C-Class and BMW M models increase. Searches for the Porsche 911 also continued to climb the charts despite being a lower volume production model.

In a true-to-form Canadian show of consistency and predictability, the Ford F-150 unsurprisingly took the top spot for the third consecutive year, continuing its reign as both the most searched and highest selling vehicle in Canada.

In fact, a Statistics Canada Labour Force Survey1 shows that the unemployment rate declined to 5.9 percent in November of 2017, the lowest rate since February of 2008 and well below market expectations as the economy recently added some 80,000 jobs.

And according to the Desrosiers Automotive Consultants November 2017 AutoWatch vehicle sales report, Canadians aren’t just kicking the tires of premium performance vehicles—they’re putting their money where their mouths are. Luxury marques may be produced in lower volumes than that of their more mainstream counterparts, but the top four companies with the most significant percentage increases in Canadian sales over the last calendar year were luxury brands.

autoTRADER.ca collects and analyzes search data from each province and territory and while vehicle searches across the country were remarkably similar, the order did vary across regions. The Ford F-150 took the fourth spot in Quebec whereas it was consistently top three in every other province. The Ford Mustang was the first choice in New Brunswick and Newfoundland, contributing to its national number two placement. While heavy-duty trucks like the Ford F-250 and F-350 made the list in Newfoundland, Nunavut, B.C., Alberta and the Yukon, they did not make the national Top 10.