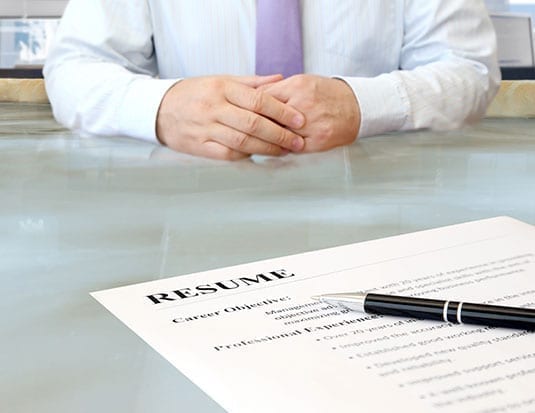 According to 2013 data from the US National Automobile Dealers Association, used cars account for about 26 percent of an average dealership’s revenue. That means the choice of a used car manager can have a profound effect on your bottom line.

A used car manager has to know about the purchase and reconditioning of appropriate vehicles, selling and financing them, and helping their staff to also successfully do so. In some dealerships, the used car manager and new car sales manager are operating at cross-purposes when it comes to the trade-ins that account for nearly 60 percent of used car inventory. It’s a complex job, and so is hiring for it.

In the US auto industry, turnover is nearly 40 percent, according to NADA, and the average cost per hire more than $5,000 across all industries and all jobs, according to the Society for Human Resource Management, making it a potentially expensive proposition as well.

So how do you start to get it right? Make character a priority. Good intuition, a positive attitude, stellar communications skills and moral fibre are much harder to teach than product and culture. Looking at the team as a whole helps.

“Hiring is critical,” says John Edelman, owner of Haldimand Motors in Cayuga, Ont. “You have to have the right people working together. It’s more about personality than salesmanship.”

Edelman’s non-traditional approach to remuneration means that the entire team, including those performing managerial functions, earn a share of their combined commissions based on the hours they work. He says by eliminating the inherent competitiveness of commissioned sales, he has fostered a sense of accountability to one another that enhances a team approach.

“You need a diverse personality group, but they still need contact points. You can have aggressive or passive, but there has to be something in each personality that comes together. Once you put people in place, they’ll keep each other accountable naturally.”

Not every great salesperson makes a great sales manager — it’s not enough to beat targets. “They have to know the industry and know car-buying and think on their feet,” Edelman says. “But I think it’s better to separate car-buying from managing sales staff.”

He acknowledges that it isn’t usually possible in a more traditionally structured environment, but says treating the dual roles as one job can mean you’re not doing justice to either. (It bears mentioning that Haldimand Motors is Canada’s largest volume used car dealership, so he knows a few things.)

Great managers need to not only emphasize teamwork, but also be clear and effective communicators, facilitate superior performance and personal development in others, be a steadying force in turbulent times, be fair, have the ability to delegate (no control freaks!), be motivational and inspiring to their staff, and be resilient when things go wrong.

Becoming a leader means shifting focus to the strengths of the team and each individual on it. It isn’t enough to lead a team the way they would want to be led — successful leaders manage each team member according to their unique needs and abilities. The days of being a taskmaster are over; it’s less about exercising control than enabling success and being supportive. Empathy is another great quality to look for. Long-term goals help motivate the best sales people, while short-term goals and celebrating small wins will help less successful team members improve.

To successfully promote from within, you have to look beyond great sales performance to decide whether the candidate with the best sales record is actually the best person for the job. Where once they may have avoided the distractions other team members can be, it will become their role to give away the time they once protected.

Ask yourself whether your top candidate is capable of asking themselves the same question every day: “How can I invest this hour, this day, in helping my team achieve our goals?”

To get the hire right, walk a mile in their shoes

“You need to pull up the career page on your phone and see what it looks like. Ask yourself if you’d apply,” says Adam Robinson, CEO of Hireology. “Do they have to rewrite their resume on their phone? Ask yourself, ‘Am I paying attention to their experience?’

“The percentage of applicants that start their search on a job board has dropped nearly 50 percent in the last three years, and they’ve all moved to the employer’s career site. They want to know who you are, what you’re all about, and if you invest in their career path.”

He adds that Millennials in particular want a clear career path along with their pay stability and work/life balance (which means reasonable hours). Don’t just concentrate on what you’re willing to offer — make sure you know what your prospective employees want.