Toyota to Build Parts Distribution Centre in Bowmanville, ON 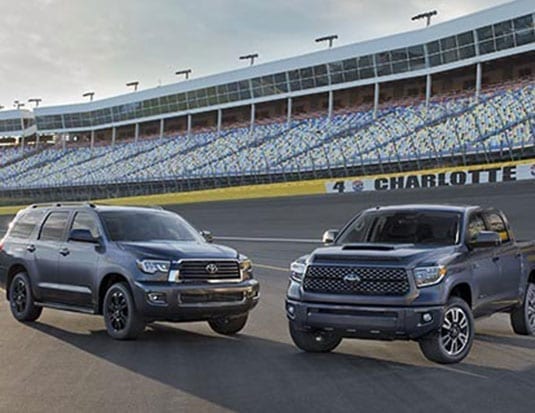 For over 50 years, Toyota has planted roots in Canadian communities. The company has sold over five million vehicles in Canada to date, and its customer base continues to grow as more and more Canadians are choosing to purchase Toyota or Lexus vehicles.

To meet this growing demand and accommodate future growth – and to ensure that Toyota and Lexus customers across Eastern Canada continue to have an exceptional ownership experience – TCI will be replacing its current PDC facilities located in Toronto with a new, fully optimized facility in Bowmanville.

“The land we’ve chosen in Bowmanville will help meet the needs of our parts operations in Eastern Canada by providing us with direct access to major transportation routes, and offering the ability to accommodate future growth,” said Larry Hutchinson, President, and CEO of Toyota Canada. “The Municipality of Clarington has been very welcoming of our new home for our Eastern Canada Parts Distribution Centre, and we are excited to be part of this growing community’s future.”

The new facility will be built on a 30-acre parcel of land near the corner of Baseline Road and Lambs Road.

“We’re delighted to welcome Toyota to the Municipality of Clarington. Our staff and the Clarington Board of Trade and Office of Economic Development worked closely with Toyota to ensure that the new parts distribution centre in Bowmanville satisfies Toyota’s needs while benefitting our community,” said Clarington Mayor Adrian Foster. “Clarington is a growing municipality that provides exceptional opportunity. We will continue to work to attract businesses to invest here and bring jobs for our residents; this investment by Toyota is a major step forward in achieving that goal.”

Toyota Canada plans to begin construction of the new facility in early 2018, with the goal of starting operations in the fall of 2019.