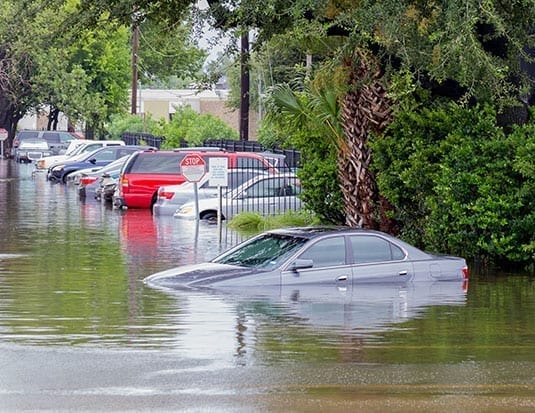 Harvey and Irma will have an effect on the Canadian car market, but only for a limited time.

Last month I wrote in this space about the rise of interest rates, and the Canadian dollar’s recent impressive climb above the eighty cent plateau. As I write this article our dollar has backtracked to just below that mark. With more rumoured interest rate hikes on the horizon, I expect it will strengthen once again.

As a reminder, with rising interest rates and a stronger dollar, we at Canadian Black Book expect to see significant downward pressure on wholesale, and ultimately retail used vehicle prices domestically. This is primarily due to the amount of exporting of Canadian vehicles made possible by a lower Canadian dollar, and lower Canadian prices over the last few years.

A higher value Canuck-buck means that Canadian used cars are less attractive to U.S. exporters. The result will be lower demand and lower prices as those exports slow.

All of that seems relatively straightforward, but then 2017’s hurricane season happened. Hurricanes Harvey and Irma were both incredibly destructive monsters of nature. Irma was the strongest Atlantic storm, outside of the Gulf of Mexico or Caribbean Sea, on record. Harvey produced over 1.6 metres of rain in Texas, the highest-ever rainfall total for any tropical storm in the U.S. The loss of life and damage to property was truly horrific and the clean-up will take many, many years.

When massive storms like these make landfall, one of the many consequences is the destruction of vehicles of all types on a large scale. Damage is typically either through flooding or damage caused by high winds and flying debris. Insurance companies and owners of vehicles are still in the process of working through claims and efforts to repair or replace vehicles. At this point, it is very difficult to get a clear picture on how many vehicles were actually destroyed.

If Hurricane Harvey wanted to destroy cars, he really could not have picked a better target than Houston, Texas. Houston is a sprawling metropolitan area with a high rate of vehicle ownership. Harris County (where Houston is located) alone has 3.6 million vehicles registered. To put that in perspective, that is one tenth of the number of cars registered in all of Canada. It is very close to the number registered in all of B.C.  The average household in Houston had just shy of 2 cars.

Initial estimates of how many vehicles were destroyed still remain imprecise.  Anything from 500,000 to 1,000,000 cars have been widely reported as destroyed from Harvey alone. Given that there wasn’t an evacuation order issued, many cars just sat in driveways during the peak of the storm. If vehicles were parked in particularly low lying areas, chances are they met their demise. Modern cars with all of their various electronics and computer driven components typically don’t mix well with flood waters.

Only a mere 15 days after Harvey, Hurricane Irma set her sights on Florida. The story was similar there, and Irma is estimated to have destroyed between 200,000-400,000 vehicles.

It will take many months for insurance adjusters just to see each vehicle and determine if it can be repaired or if it will be a total loss. Given the amount of flooding and the height of the water, there likely won’t be many survivors. The insurance damage from Irma alone, according to JPMorgan, is in the range of $20 to $40 billion dollars.

So what does this have to do with the Canadian auto industry. As it turns out, quite a lot. It’s important to note, that previous to hurricane season, prices in the U.S. market were falling, which made it less attractive to come to Canada to snap up bargains here.

My colleagues at Black Book in the U.S. have observed that prices have been dropping consistently, month over month, an average of almost 5% this year so far. Much of this has to do with a boom in U.S. supply. Around half a million more vehicles are expected off lease this year in the U.S. versus last year, and the trend is expected to continue next year as well.

If not for the hurricanes, a downward price trend here in Canada was a sure thing. With easily over a million cars likely to be written off, Canada becomes a convenient source of supply to fill all those replacement vehicles needed down south.

This huge spike in demand, in a very short period of time, means that our domestic prices are expected to be temporarily propped up. We expect this to be a short-lived phenomenon, and after a few months time, is expected to wear off.

The hurricanes, in a rather brutal fashion, have carved out some temporary price protection for Canadian used vehicles, but it won’t last long. For those of you in the business of buying cars, be vigilant for anything that has been registered in Florida or Texas, and buyer beware!