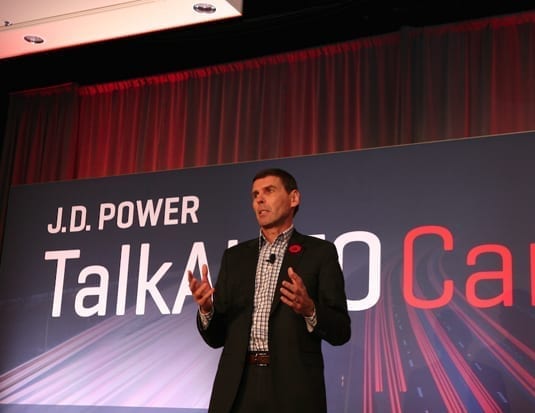 The autonomous vehicle is a great opportunity for the automotive industry and will change society as we know it.  Just don’t expect it to happen tomorrow,” says Larry Hutchinson, President, and CEO of Toyota Canada Inc. (TCI).

Hutchinson shared his point of view on the future of mobility with a room full of Canadian automotive industry influencers as a keynote speaker at the 2017 TalkAUTO conference held in Toronto last week. Having just celebrated 31 years at TCI, Hutchinson fully understands the extent to which technology has shaped the past three decades of the automotive industry.  Still, he thinks we’ve never seen the pace of change that we’re seeing right now.

“I don’t think there’s ever been a better, more exciting time to be a part of the automotive industry,” he said. “Automated vehicle technology is going to revolutionize mobility—and transform society—in ways more profound than the move from the horse-drawn carriage to the Model T.”

While he stressed that, for Toyota, the primary goal of vehicle autonomy is its impact on safety (“Safety improvements alone justify the investments being made”), he also noted that safety is just one of the benefits.  Among other improvements, Hutchinson mentioned more fluid traffic flow and streets free of congestion, as well as increased mobility for many segments of our population.

“Think about the life-changing impact autonomous vehicles will have on the millions of people who have mobility challenges: older people, people with disabilities and people who can’t afford their own car. In the future, they’ll have access to mobility we just can’t provide today.”

Toyota has been an industry leader in the space of automated vehicle technology research and development since the early 1990s.  They’ve invested billions of dollars in R&D and, according to a 2016 report by Thomson Reuters, have more patents in the field than any other company.  And their customers are already benefitting from it.  By the end of 2017, Toyota Safety Sense or Lexus Safety System + advanced vehicle safety technology will be standard on almost 95% of the Toyota and Lexus vehicles sold in Canada.

But Hutchinson stressed that his company’s focus isn’t on getting there first.  It’s about getting it right.

“How safe, is safe? When do we decide it’s okay to roll a technology out into millions of vehicles?” he asked.  “For us, it’s clear: Safety is paramount. So, nothing goes on or into a Toyota until it’s proven.”

Hutchinson highlighted some of the challenges facing the industry:

Automakers, governments, and other industry stakeholders – many of whom were in the room to hear Hutchinson’s keynote address – have already started on their journey to providing Canadians with automated vehicle technologies.  He stressed that they will need to continue to work closely together to make it happen.

“It’s going to take the combined efforts of governments, insurance companies, manufacturers, and all kinds of other players to make the mainstream adoption of autonomous vehicles a reality,” Hutchinson emphasized.  “We need to start laying the groundwork today for what will be on our roads tomorrow.” 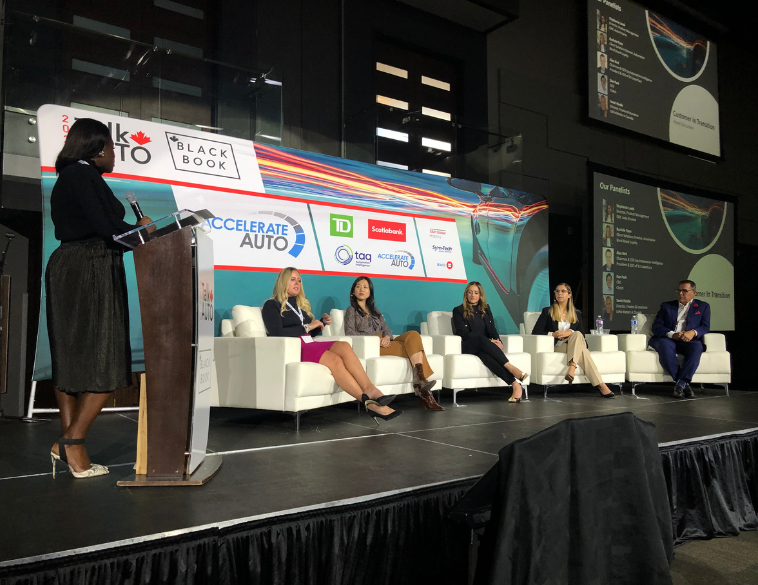