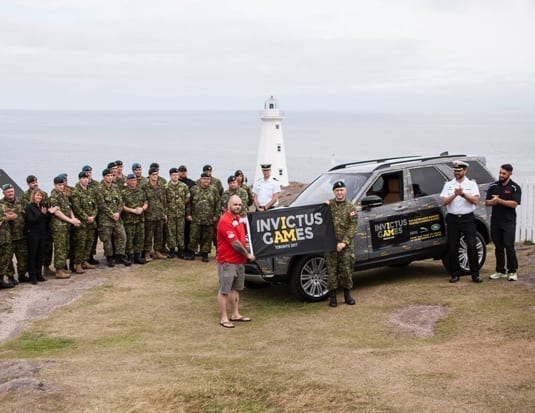 All-new Discovery will drive across Canada with Invictus flag.

“We are so proud to support our service men and women and to deliver these messages of encouragement to the competitors of the Invictus Games in Toronto,” said Wolfgang Hoffmann, President of Jaguar Land Rover Canada.