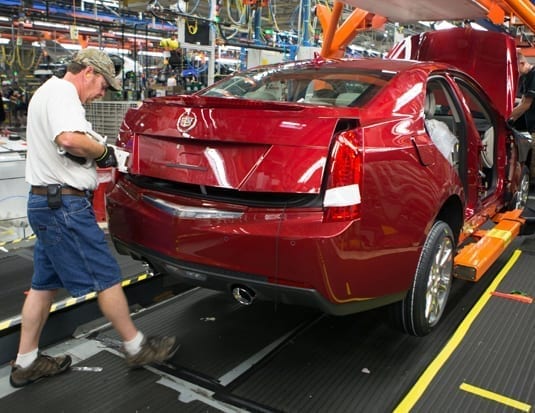 According to The Conference Board of Canada (CBC), Canadian auto exports could be at risk under North American Free Trade Agreement (NAFTA) renegotiations.

The CBC is warning that the U.S. might seek to adjust the current rules of origin for autos and parts in the upcoming NAFTA renegotiations. Currently, light autos, engines, and transmissions must have 62.5 per cent North American content before they can be imported duty-free into Canada.

These changes are likely to take one of two forms—an increase in the current levels of required North American content, or the imposition of U.S.-specific content requirements.

“The current uncertainty in North American trade relations poses a risk to automakers’ investment and production on Canadian soil,” said Michael Burt, Director, Industrial Economic Trends, The Conference Board of Canada. “Potential changes in rules of origin for autos and parts could tap the [brakes] on Canadian auto exports and production.”