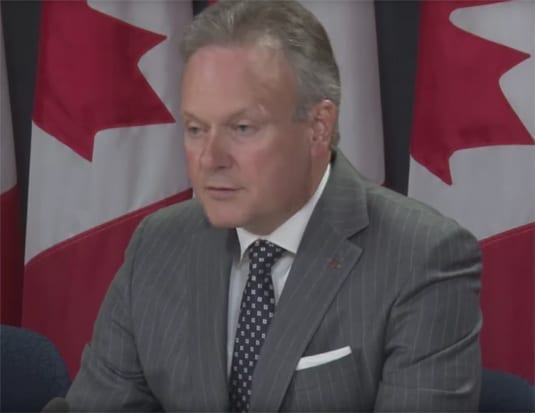 The recent rise in the Central Bank interest rate is unlikely to impact consumers… at least not yet.

On July 12th, the Bank of Canada Governor announced a 0.25 percent key interest rate increase. According to the Canadian Black Book, the rate hike is unlikely, in the short term, to impact new vehicle buyers.

“For the most part, manufacturer new vehicle incentive budgets will likely absorb the rate hike for consumers so that they can continue to advertise 0% or 0.9% or 1.9% for new cars,” Canadian Black Book said in a release. “To keep things in perspective, on a $40,000 car loan a hike of 0.25% is only an extra $100 per year of interest.”

The real concern, says Black Book, is the impact the rate increase is having on the Canadian dollar. A strong dollar is likely to cause Canadian used vehicle prices to fall over time.

“As the strength of our dollar had been declining since 2013, U.S. interest in Canadian used vehicles increased. Depending on who you ask, upwards of 200,000 vehicles have been being exported to the U.S. annually. U.S. buyers and/or Canadian exporters have been taking full advantage of a lower Canadian dollar and been moving vehicles across the border to sell at a higher price in the States versus here at home. This export demand has inflated our used car prices domestically.”

If the dollar continues to gain strength, and as U.S. used vehicle prices fall, then U.S. buyers will no longer want to purchase Canadian inventory in large volumes, which will impact the Canadian auto industry.

The Canadian Black Book expects that a $0.85 dollar is around the tipping point for U.S. exports to slow significantly.

On the positive side, Canadian used vehicle shoppers and used vehicle dealers will enjoy better deals compared to what they have seen over the past few years.