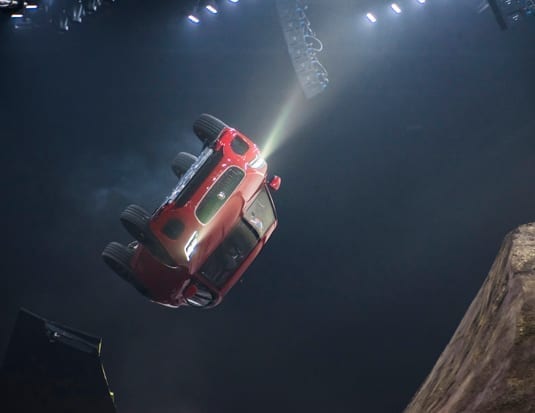 The new Jaguar E-PACE set an official Guinness World Record during its world premiere when it pulled off a 50 foot-long jump, complete with a 270-degree barrel roll.

The record-breaking stunt demonstrated the agility, precision and performance of the newest Jaguar SUV.

The E-PACE completed its world record jump at ExCeL in London, England. Behind the wheel was stunt driver Terry Grant, who has completed stunts on many film sets.

“As far as I am aware, no production car has ever cleanly completed a bona-fide barrel roll and therefore it has always been an ambition of mine to perform one ever since I was a boy,” Grant said. After driving the Jaguar F-PACE in the record-breaking loop-the-loop, it has been amazing to help launch the next chapter of the PACE family in an even more dramatic dynamic feat.”