New A8 To Debut on Silver Screen 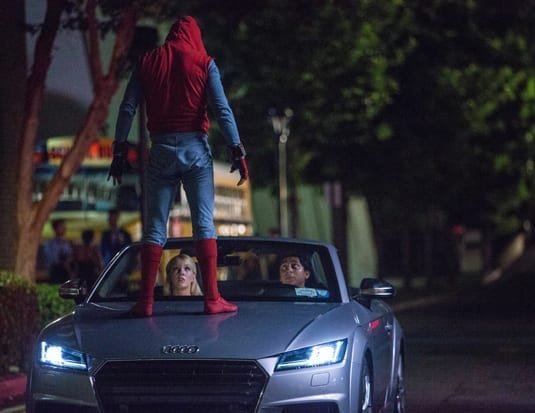 The new Audi A8 will be introduced to the world at the end of June as it makes a guest appearances in the Marvel movie ‘Spider-Man: Homecoming.’ Movie fans will be the first to catch a glance of the sedan at the film premiere which takes place in Los Angeles on June 28.

In the movie,  Peter Parker is chauffeured around in the new Audi A8 L. The movie scene allows a first look at the front and side design of the new sedan.

In addition, moviegoers will get a demo of new innovations such as automated driving in traffic jams: while driving, the chauffeur takes his hands off the steering wheel and the A8 continues to turn all on its own.

The new Audi A8 will be officially presented to the world on July 11th at the Audi Summit (summit.audi) in Barcelona, Spain.