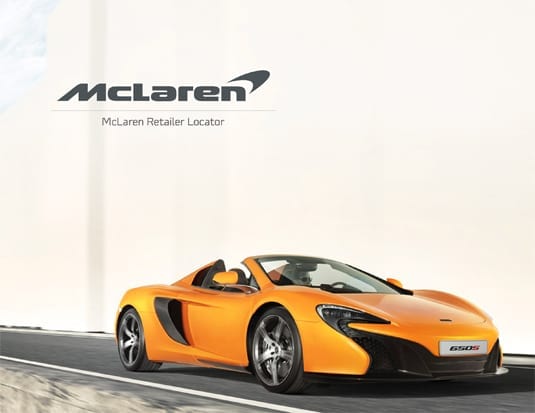 McLaren Toronto, which is managed by Pfaff, has been named the 2016 North American Retailer of the Year by McLaren, beating out 20 McLaren retailers in North America.

McLaren says all contenders were benchmarked using an extensive assessment process and rated in key areas such as sales, customer service, after sales and marketing.

McLaren Toronto will now compete with McLaren retailers in Glasgow, Auckland, Kuwait City and Shanghai. One of these regional finalists will be named McLaren’s “Global Retailer of the Year 2016” later this year.

“We would like to extend our heartfelt congratulations to McLaren Toronto as they are named the North American Retailer of the Year in 2016,” said Anthony Joseph, President of McLaren North America. “The Pfaff organization has proven themselves to be a leading retailer in every aspect including retail sales, customer service, after sales and overall McLaren brand experience. McLaren Toronto has done a tremendous job of continuing to build McLaren brand awareness throughout the Canadian market.”