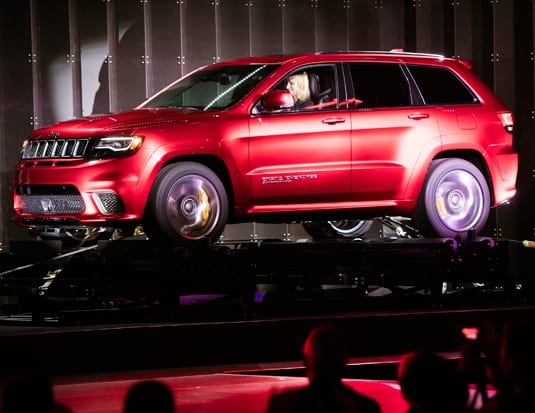 The new 2018 Jeep Grand Cherokee Trackhawk made its Canadian debut at the Edmonton Motorshow, a week after its global debut in New York.

“To have a vehicle as exciting as the 2018 Jeep Grand Cherokee Trackhawk make its Canadian debut at the Edmonton Motorshow is incredibly exciting,” said Bob Devlin, Manager, Western Business Centre, FCA Canada.

Built in Detroit at the Jefferson North Assembly Plant, the 2018 Grand Cherokee Trackhawk will arrive in Jeep showrooms in the fourth quarter of 2017.