Stage Set For Another Great Year 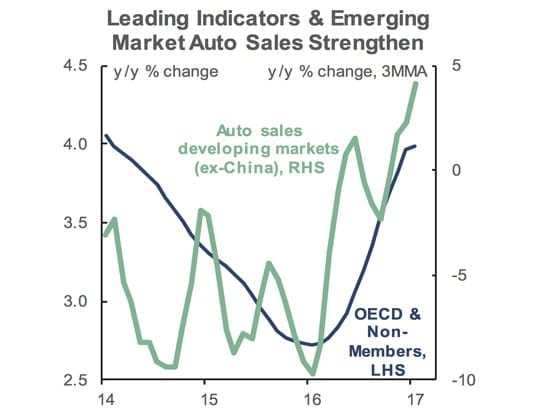 According to Carlos Gomes, Senior Economist with Scotiabank and AutoJournal columnist, it looks like we’re in for another great year.

Global car sales were strong in January, 3% above a year earlier, led by a 9.5% y/y surge in Western Europe.

More recent data for February is pointing to ongoing strength across North America. Purchases in Canada remained above an annualized 2 million units for the second consecutive month, climbing to a record high for February.

Gomes notes that the Canadian luxury auto market has been heating up in recent months and has accounted for nearly 60% of the year-to-date increase in overall volumes in Canada this year, five times its normal share.

The strength of the luxury market is concentrated in British Columbia where volumes have surged nearly 25%, and Ontario, which has seen a 15% increase. Gomes says the luxury market will continue to be buoyed by robust gains in household wealth.

Look for a full report in the next issue of AutoJournal.