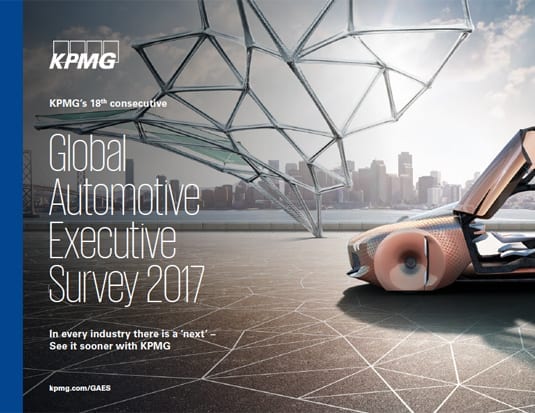 According to the 2017 KPMG Global Automotive Executive Survey, automotive executives from across the globe identified electric vehicle technology as being the single most important trend to follow over the next 8 years.

Electric vehicle technology will therefore surpass both data and connectivity as the leading trend in the global automotive industry until 2025 according to half of the automotive executives surveyed.

However, electric-vehicle charging accessibility and user-friendliness has 78% of executives surveyed believing that hydrogen-powered vehicles will eventually surpass electric vehicles as the way of the future. The KPMG study also highlights the fact that autonomous vehicles will completely revolutionize the way vehicles are purchased. They believe that autonomous technology will radically change the overall automotive industry.

The executives surveyed also predicted the rapid decline of diesel technology and a strong belief that the digital ecosystem will eventually generate more revenue than the vehicles and vehicle components themselves.