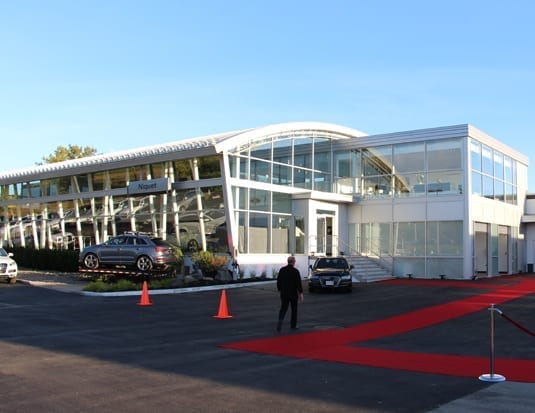 SAINT-BRUNO – The Toronto-based Dilawri Group, which has been active in the Canadian vehicle market since 1985, is pursuing its Canada-wide expansion with the dual acquisition of the Groupe Automobiles Niquet Volkswagen and Audi dealerships, located in Saint-Bruno-de-Montarville, Quebec.

The size of the Toronto-based group, managed by brothers Ajay, Kap and Tony Dilawri, now consists of some sixty-odd dealerships, representing thirty different brands, located in five Provinces, including Ontario and Quebec. Since April, the Dilawri Group is led by former Mercedes-Benz Canada President, Tim A. Reuss, who has overseen the Quebec expansion, which now totals a dozen dealerships, located mainly in the Greater Montreal Area.

The Saint-Bruno Volkswagen and Audi stores were launched in 1977, and were acquired by the Niquet family in 1982. The Groupe Niquet, with Silvy Niquet at the helm, acquired the dealership from her father back in 1992. In 2015, Audi Niquet inaugurated a new state-of-the-art makeover of the previous installation, at an estimated cost of 8 million dollars.

In a brief statement, Silvy Niquet summarized the sale of the stores by announcing that the Automobiles Niquet Volkswagen and Automobiles Niquet Audi banners will remain in place, as well as the management group, headed by Jean Niquet and Stéphane Duhaime, will retain their former positions.