Consumer Education: No Appreciation for Depreciation 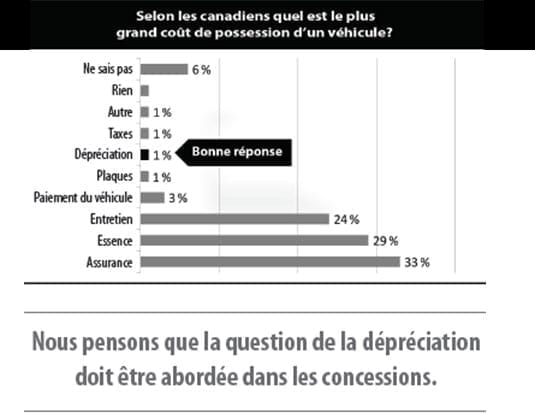 It’s often said that rust never sleeps. Not being a chemist, I’m unsure if this can be proven scientifically. As a “car guy” I am confident it can be proven, with a great deal of certainly, that depreciation is a relentless force of automotive economics which never sleeps.

Like rust, it’s always eating away at a car, and most consumers forgot all about it, until, of course, trade-in time or the day they wish to list a car for sale. Most consumers know cars rapidly depreciate (except those wonderful collector cars), but how much and how fast a vehicle loses value is mostly an afterthought.

We believe most consumers spend a great deal of time researching new cars, yet generally don’t invest the time in understanding what the car they are trading or selling is worth. This lack of knowledge often leads to bitter frustration on the part of the consumer and the salesperson trying to close a deal.

Today, for the most part, transparency exists during the vehicle purchase process. Yet valuation of a trade remains a process mysterious to many consumers, even though the information is freely available if a consumer looks for it.

To put our theories to the test, earlier this year, we worked with IPSOS, one of Canada’s best known polling companies. We undertook an investigation of consumers’ knowledge and understanding of depreciation, the valuation of used vehicles and thoughts on the trade-in process at dealerships. The poll contacted 1004 people across generations, geography and genders to obtain a robust sample of attitudes and understanding.

An initial surprise from the poll was that most Canadians are in the dark when it comes to depreciation, regardless of age. Another particularly noteworthy observation was that the findings of our study varied considerably depending on age. Could the older more experienced buyers have more knowhow, or do the next generation of buyers have an edge due to their tech-savvy nature?

The invisible cost of ownership

When asked what are the biggest costs of vehicle ownership only 1% indicated they felt it was depreciation! Instead 33% said it was insurance, 29% said fuel and 24% said maintenance. To be fair this is not so surprising. You do get a bill from your insurance company, the gas pump and your dealer. Depreciation is sneakier. You don’t visit the deprecation pump and remove value from your car, it just magically happens. Depreciation is the number one cost of vehicle ownership, and 99% of Canadian consumers got that one wrong.

There’s a common perception that “a car’s value drops by half when you drive it off the lot” or something like that. Of all the makes and models Canadian Black Book tracks, the actual average is closer to a 35% loss of value in year one. Think of it this way, that is an average of a little under $2 an hour for that first year!

Consumers should consider researching their trade in value and future value with the same level of enthusiasm they research a new car. Often consumers aren’t taking advantage of freely available information, and younger buyers are lagging behind their older more experienced brethren in this regard as well.

Our poll grouped respondents by age: 18-34, 35- 54, and 55 plus. Understandably the younger cohort is a little less experienced at the whole car buying process. Only 22% of those 18-34 had traded in a vehicle, compared to the national average of 51%. Similarly, only 34% had sold a vehicle privately compared to a 50% national average.

Surprisingly younger buyers were 19% less likely to make use of on-line trade-in value calculators than the more practiced 55+ crowd. We also noted that although 40% of the youthful buyers had heard of Canadian Black Book only 15% had tried using the value tools, much lower than the older age groups. Likewise, 16% of the 18-34 group confessed to having no idea how much their car was worth before they started negotiation with the dealer. To be honest, that was pretty much the case for me when I first purchased a new car. As I recall, I think I received $800 for my trade, and believed the dealer was being kind!

Trust – yours to lose

Interestingly, younger buyers are more trusting of a dealers’ appraisal then their more cynical older peers. 43% of the 18-34 year old crowd indicated they trust dealers’ trade-in values as compared to 28% of those 55+. Retailers…that trust from younger buyers is yours to lose!

As an industry we should encourage dialogue in the showroom about depreciation. It’s often a selling point for certain vehicles. Retailers and consumer advocates should encourage shoppers to use an unbiased valuation service for their trade and to understand the projected future value of the car they are planning to buy.

Too many buyers use listings to find values. Industry pros know that the asking price is not the price a customer can expect on trade. The seller typically doesn’t get what they are asking, plus there are reconditioning costs for most vehicles before a dealer can sell them. With a little effort, we can provide the buyer the factual information they need (free of charge at canadianblackbook.com !) to make their shopping experience a better informed one.