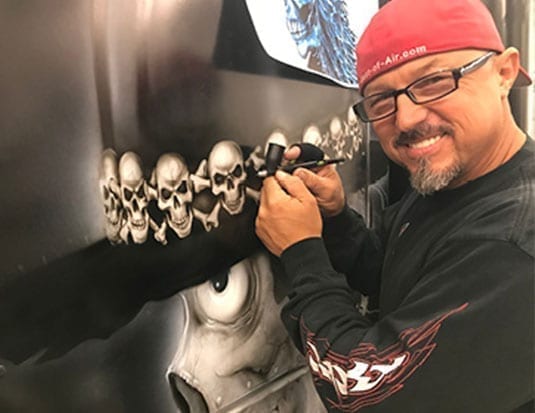 Sherwin-Williams has announced that its booth will be featuring several celebrity appearances at SEMA this year.

The company will be located at booth number 10839 in the North Hall at the 2019 SEMA Show that is taking place from November 5 to 8 at the Las Vegas Convention Center.

Besides being jam-packed with celebrities, the Sherwin-Williams booth will also feature the company’s refinish systems and custom paint brand—House of Kolor—all within one booth.

As stated by the company in a release, custom-built cars that have been painted with the company’s refinish systems will also be showcased at the event. These include a 1961 Cadillac built by Count’s Kustoms using the new Matrix Edge Refinish System, as well as a 1950 Mercury by Jesse James’ Westcoast that has been refinished with the company’s latest waterborne basecoat system Ultra 9K.

Sherwin-Williams has released the following schedule for celebrity appearances at its booth:

Visitors at the Sherwin-Williams booth will have the opportunity to get their pictures and autograph from well-known builders and painters of the industry.